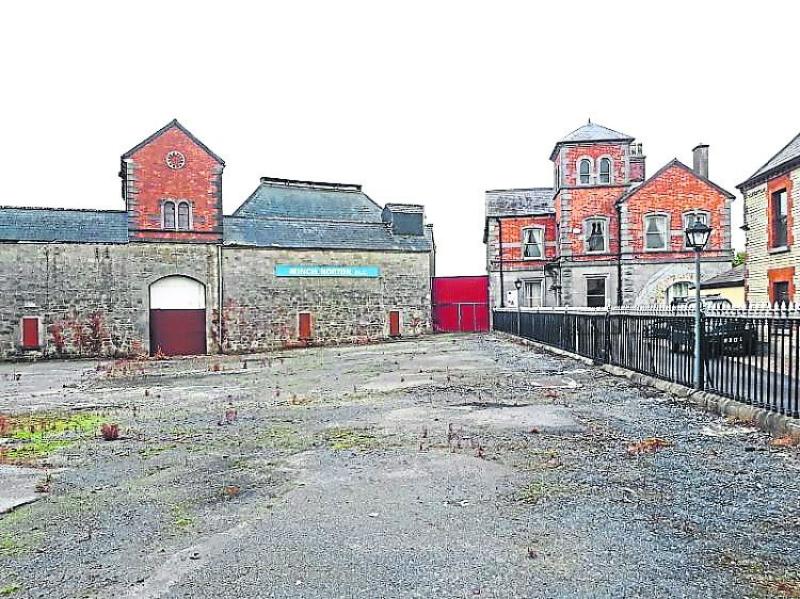 Apartments are planned to the rear of the The Maltings site

Plan have been drawn up for four and five-storey apartment blocks on a historic site the heart of Portlaoise.

The Maltings and Granary Ltd has notified Laois County Council of its intention to apply for Planning Permission for development on lands at Harpur’s Lane in the Laois town on part of former Minch Norton Maltings site.

The proposed development will consist of two apartment blocks and associated site with an entrance off Harpur’s Lane. A new spine road, car parking, cycle parking, open space and landscaping is also included.

The project is not earmarked for the existing buildings but on land to the rear which has been subject of previous development attempts.

One of the blocks will be four storeys high and contain 27  two-bedroom apartments.

A notice says that one of the apartments will be used for short term use by the close relatives of the nursing
home residents in the case of a health crisis.

The planning application may be inspected at Laois County Council for five weeks.

The land, which runs parallel to the railway line and is located behind the historic buildings, is the subject of a major redevelopment project. Brothers, Pat and Sean Flanagan, directors of Owens Developments Ireland Limited, who built Esker Hills and Bellingham estates in Portlaoise, now own the Maltings site.

In a 2018 submission made on the Draft Local Area Plan, Mr Pat Flanagan said plans may be in the pipeline to develop housing and offices at the landmark site.

The land was rezoned by Laois County Council in the current Portlaoise Local Area Plan from Residential to Mixed Use to open up the opportunities to develop on the site. The Council has also designated The Maltings land as an Opportunity Site in plans for Portlaoise.

The entire Maltings site has been the subject of a number of ambitions development plans in the past 20 years.

An asking price of €25 million was put on the site in 2008 as a forced sale. Maryborough Construction Holdings Ltd had already drawn down €23.5 million of an €84.5 million loan advanced by Anglo Irish Bank to purchase and develop the site.