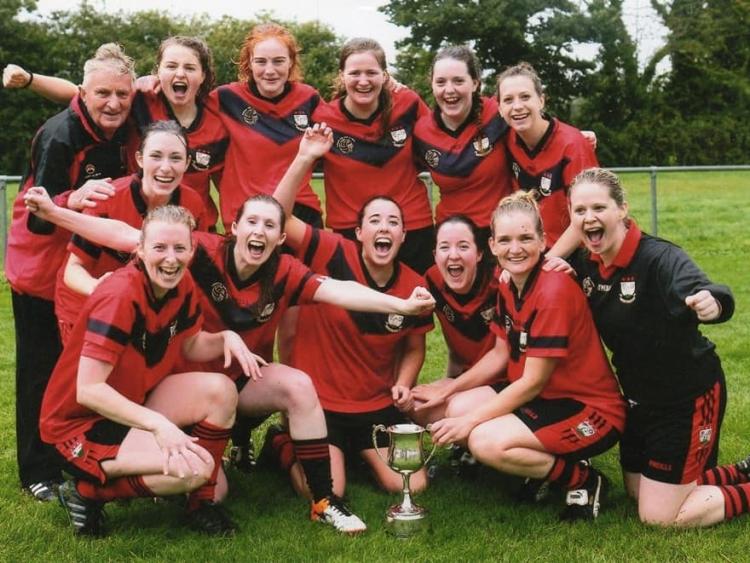 The Overall Ladies Gaelic Football Association Award for Volunteer of the Year winner is Mikey Hyland from Clough who receives the Lulu Carroll award for his work with the Shanahoe LGFA Club in Laois.

This award is named after the late Lulu, a 2001 All-Ireland Senior Medallist with Laois who sadly passed away in 2007, following a battle with cancer. 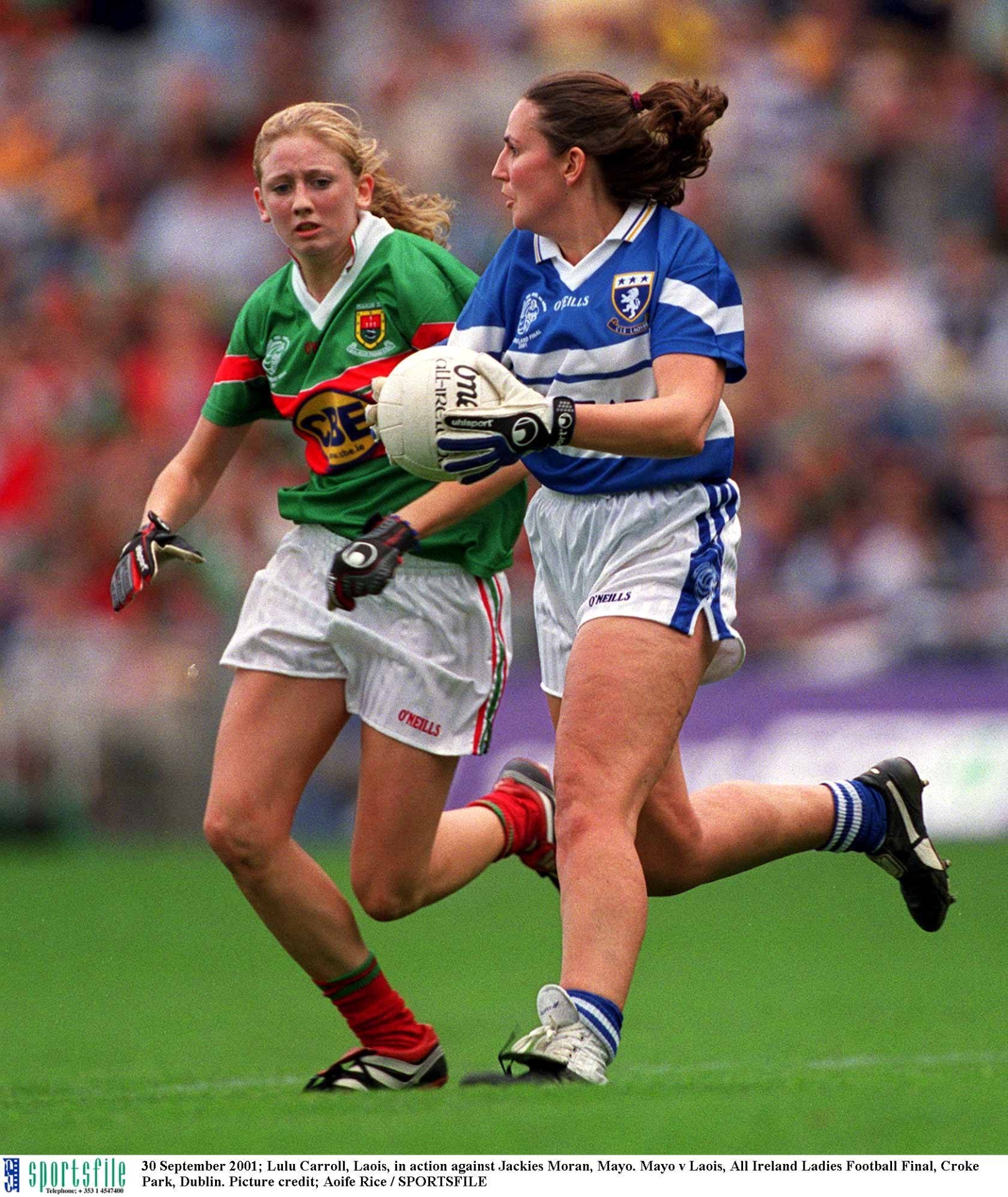 The LGFA said Mikey is a worthy recipient of the Lulu Carroll award, due his sterling work with the Shanahoe club, of which he was a founding member in 1994.

At the start, Mikey’s daughters lined out for the club, and now he’s watching his granddaughters play, while also continuing to fulfil various roles himself.

“Huge congratulations to our very own club hero Mikey Hyland on his LGFA Overall Volunteer of the Year award. Mikey is more than deserving of this award for all his hard work and dedication to our club since it was founded in 1994. Well done Mikey! We're all extremely proud of you and the work you do for all members of our club. ” they said. 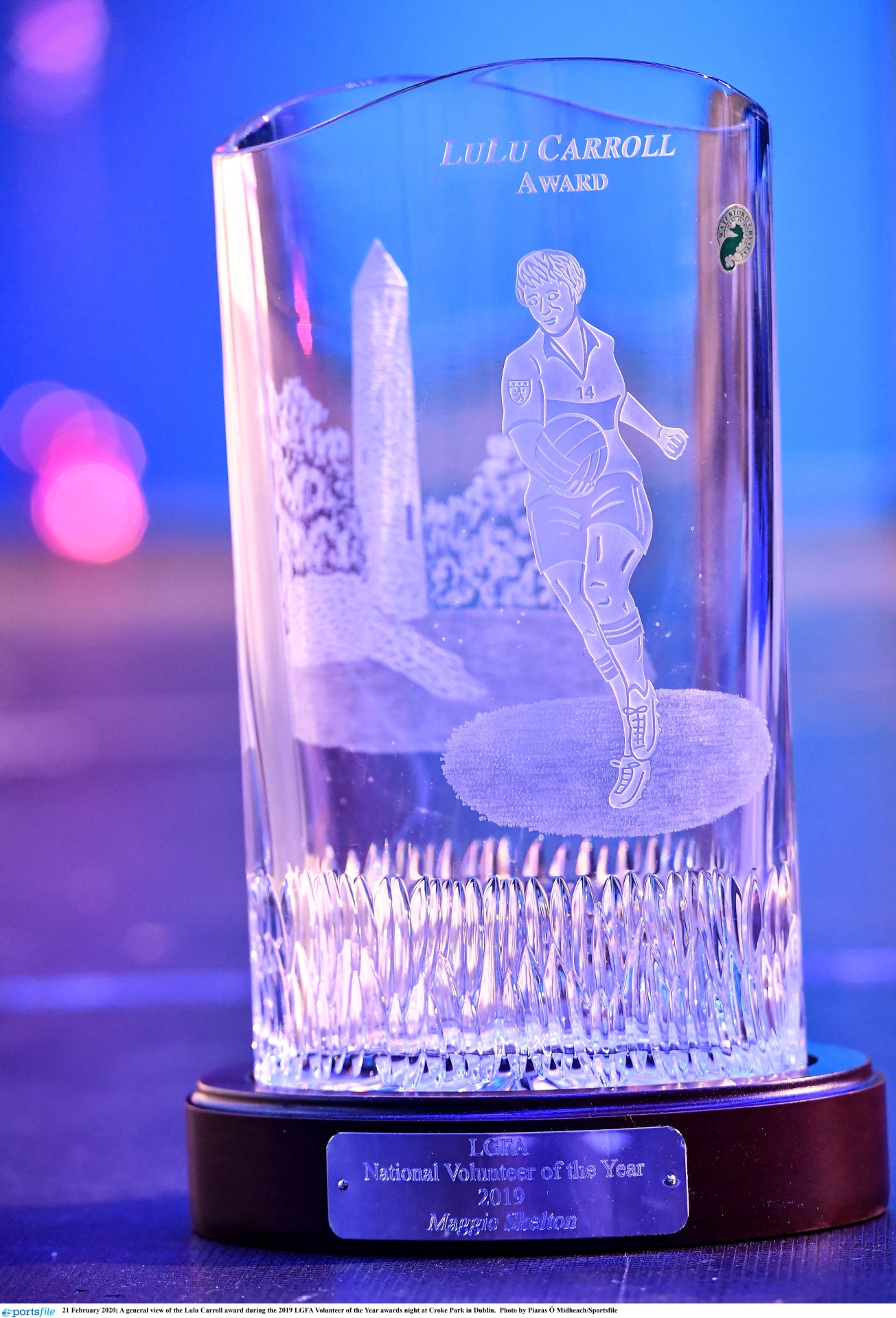 The award ceremony is being broadcast on Friday, February 12.

The award winners will be acknowledged during a special virtual ceremony, which can be viewed live on the LGFA Facebook Page http://bit.ly/2OvUJ2D on Friday evening. More below picture. 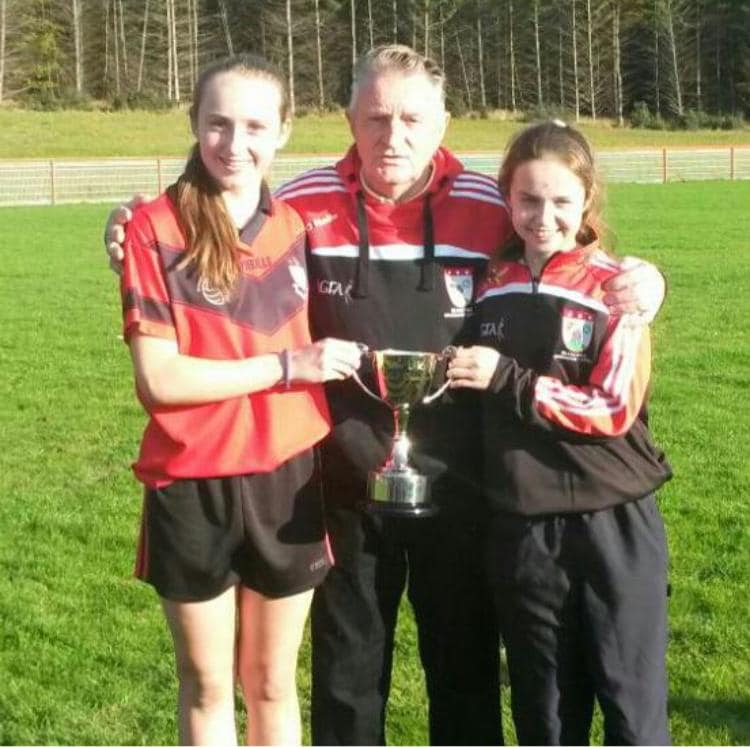 The event will commence at 7.30pm, with MC Dáithí Ó Sé. Administrators, coaches and media are among those the scheme now in its fourth year in association with currentaccount.ie.

Paying tribute to the winners, Ladies Gaelic Football Association President, Marie Hickey, commented: “We’re very pleased to announce the winners of our LGFA Volunteer of the Year awards, in association with currentaccount.ie.

“Having currentaccount.ie on board as title sponsors has brought a new dimension to these awards, which continue to grow in profile and stature.

“Our winners have given wonderful service to our Association, going above and beyond the call of duty, and particularly in recent times.

“As our nation continues to battle against the Covid-19 pandemic, it’s been a source of great comfort and solace to the LGFA to witness at first hand the selfless work of our volunteers in their local communities.

“We may not have had as much football as we would have liked, but the volunteer spirit and ethos has still shone through as our members have worked to ensure the safety and wellbeing of many of our more vulnerable members.

“Once again, we had a huge number of entries in each category, and it was not a simple task to whittle all of those down to just one winner per category.

“I would like to congratulate all of our winners, but I would also like to pay tribute to each and every one of our nominees.

“The LGFA would not function as it does without our volunteers, who are a credit to themselves, their families, clubs, local communities, counties, provinces and international units.

“I would also like to thank the sponsors of these awards, currentaccount.ie, who also sponsor our All-Ireland Club Championships.

“currentaccount.ie showed incredible faith in the LGFA last year by agreeing to a three-year contract despite difficult sporting and economic conditions, and we look forward to a long-lasting and fruitful partnership.”

Speaking on behalf of currentaccount.ie, CEO Seamus Newcombe said: “Volunteer-run organisations like the LGFA and Credit Unions are at the heart of communities throughout Ireland.

“Both organisations are characterised by their not-for-profit ethos and the local community volunteers who give freely of their time to develop and enhance their services for their members.

“The Volunteer of the Year Awards celebrate the dedication, the passion, and the time commitment put in by grass-roots volunteers across the country, and we are delighted to be sponsoring these awards and celebrating their efforts.

“Indeed, Currentaccount.ie is delighted with this partnership with LGFA. Credit Unions and LGFA have a common purpose – to enhance the lives of members and communities, and share similar values based on integrity, inclusiveness, fairness and innovation.

“With the recent introduction of the Current Account and Mastercard Debit Card, members can now do all their day-to-day banking through their Credit Union, while supporting in a practical way the growth of this much trusted community-based service that is the Credit Union.

“And through this exciting sponsorship, they will also be supporting the continued development of the LGFA.