Vehicles recovered by Gardaí in the Laois Offaly Kildare Division 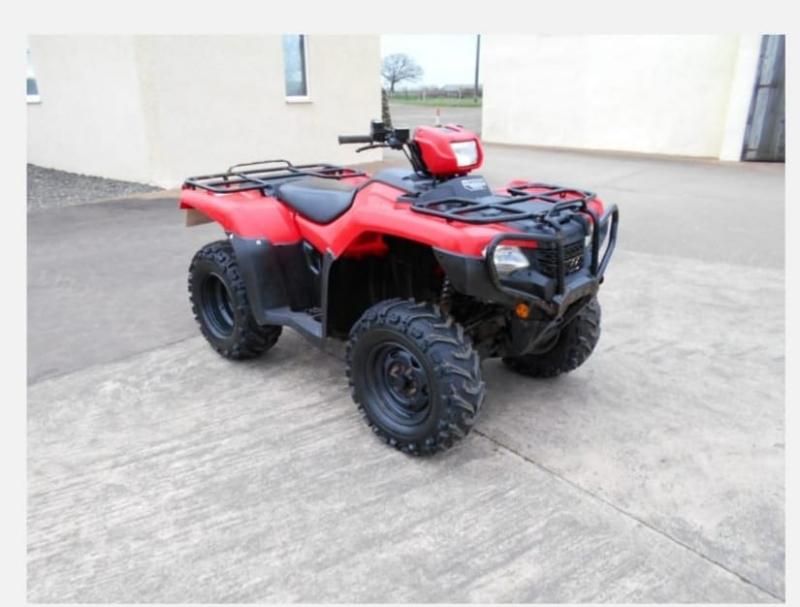 Gardaí attached to the Laois Offaly Kildare Garda Division have urged the public to invest in electronic security and take other steps to deter theft after the recovery of quads alleged to have been stolen from a property.

Five suspected stolen quad bikes were recovered by gardaí during a search in the north of Kildare last Monday, February 1.

Athy gardaí and detectives carried out the search following the report of a burglary in Ballitore, Co Kildare on January 28. During the operation, they recovered five suspected stolen quads bikes and a vehicle believed to be used in the transport of quad bikes.

One man was arrested and charged to appear at Naas District Court later this month.

Gardaí say the incident is a reminder to the public.

"The recent recovery of a number of quads in Kildare shows clearly how a small investment in physical and electronic security can both deter and assist in the recovery of stolen property.

"Unfortunately, quads, trailers and farm machinery are targets for criminals. Crime Prevention Officers will always advice property marking and using a mix of physical, electronic security and changing habits about the farmyard that make the place less inviting," said Gardaí in a statement.