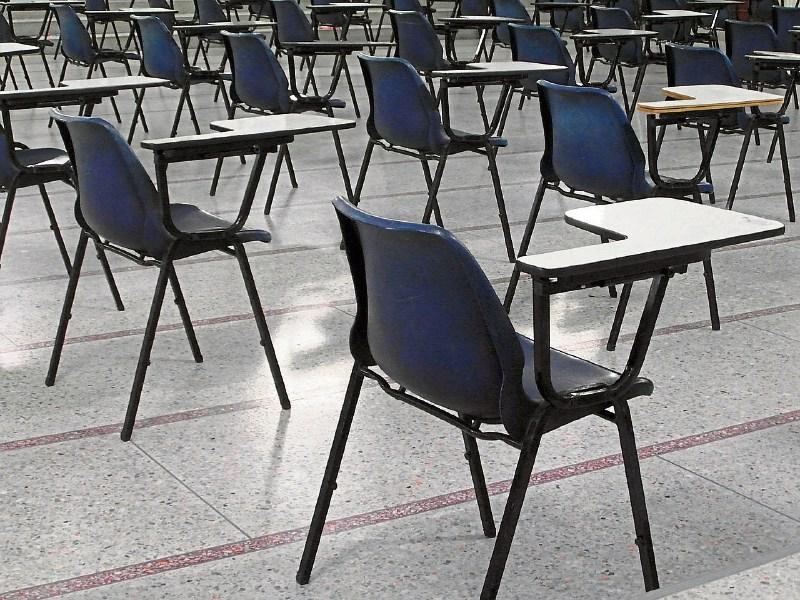 Teachers will not have to rank Leaving Cert students this year as part of assessing grades the new system being worked on for the 2021 edition, a big union has claimed after talks with the Minister for Education.

The Association of Secondary Teachers in Ireland (ASTI) made that claim in a statement announcing their return to talks on how the Leaving Cert will be held in 2021. ASTI had pulled pull out of negotiations in recent days.

The teachers now say they have received commitments including a guarantee on the ranking which was part of the Calculated Grades process last year after talks with Minister Norma Foley.

On 11th February, the ASTI says it withdrew from ongoing bilateral discussions regarding a new phase of planning for the State Examinations 2021 to include both Leaving Certificate examinations and also to explore a corresponding non-examination process.

It says that at subsequent engagements with the Minister for Education Norma Foley and her officials, the ASTI raised its concerns about doubts that had been put forward regarding the staging of additional component elements of this year’s Leaving Certificate examinations (coursework, orals, practical exams, etc.) and the consequent relegation of the Leaving Certificate to a secondary position.

A union statement issued at noon on Saturday explained why it is going back into talks.

"The Minister was unequivocal in her statement of commitment to holding the Leaving Certificate this year.

"On that basis, the ASTI believes that doubts regarding the staging of additional component elements of this year’s Leaving Certificate Examinations have been substantially alleviated. We expect the Minister to ensure that they will take place," it said.

The ASTI said it has also raised the issue of what teachers claim is a lack of data available in many schools to base and inform the parallel/corresponding measure which the Minister is seeking to put in place alongside the Leaving Certificate.

"The Minister has committed to working with stakeholders to strengthen the position in this regard," said the statement.

The union highlighted the specific committment on the ranking which rankled many teachers in 2021.

"The ASTI said it has been assured that the requirement for teachers to provide a list of their students in rank order of merit, like they did last year, will not feature in any corresponding/parallel measure that may be implemented this year.

Under the ranking system used in Calculated Grades, schools provided each student at each of their subjects and levels an estimated mark and rank order within their class group.

The rank order was the student’s position in their class group relative to the other students in their class at that subject and level as indicated by their school.

ASTI says it will engage constructively.

"On the basis of the foregoing, the ASTI will now re-enter the bilateral discussions process. We will continue to constructively engage to seek to ensure ways are found to facilitate this year’s Leaving Certificate students in moving on with their lives," it said.

Before the ASTI decision, the Department of Education issued a statement after meeting with the President and General Secretary of the ASTI, Ann Piggott and Kieran Christie.

"The Minister reaffirmed her strong belief that the process of confidential engagement with all stakeholders agreed last Friday remains the best forum to advance discussions. She extended an invitation to the ASTI to reengage in this process.

"Minister Foley expressed her confidence that the collective wisdom of all stakeholders can ensure that a pathway forward can be found.

"Discussions continued with all the other partners today and will continue throughout the weekend. The Minister again reiterated her commitment to providing clarity and certainty to students at the earliest possible time," concluded the statment.

Minister Foley also met with the President and General Secretary of the TUI, Martin Marjoram and Michael Gillespie to discuss progress.

The CSSPA (Catholic Secondary School Parents' Association) said it was generally supportive of the position taken by the ASTI in withdrawing from discussions on Leaving Cert 2021 pending a guarantee that future talks will focus on the Minister’s stated objectives of planning for examinations and scoping out a corresponding measure.

"As we have not been consulted by either the Minister or the Department of Education & Skills it is fair to assume from the ASTI’s position that the lack of data would make the delivery of a true Calculated Grades process non-viable and certainly most unfair to students.

"Whilst some may see this as a negative, it is fair to say that the desire of the ASTI is to help students attain the best outcome of their Leaving Cert Exams," said a statement.

As parents we are also calling on the Minister:
(1) to publish the departmental evaluation of Leaving Cert 2020 and lesson learned, and

(2) to focus a meaningful discussion on Leaving Cert 2021 which will allow students the experience and credible outcome that they so rightly deserve.