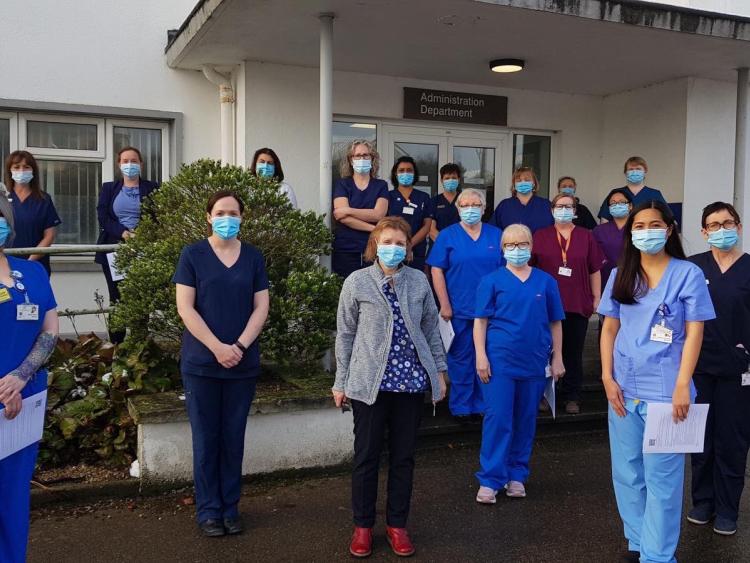 Pandemic pressure on frontline Covid-19 staff at Portlaoise hospital has significantly with just one patient critically ill on St Valentine's Day but three people lost their lives to the virus in hospital ICUs around Ireland on February 14, HSE figures show.

Staff at the Midland Regional Hospital Portlaoise were treating eight patients who were sick with the disease on Sunday, February 14 according to the latest figures from the HSE.

However, the figure increased from six on Saturday to eight on Sunday. Nevertheless, both figures are down from 25 patients at the peak of the Christmas wave.

The HSE’s Covid-19 Daily Operations Update also shows that the number of critically ill patients has also reduced substantially.
There was just one very ill patient with the virus at the Laois hospital on February 14 which is down from a peak of 12 in early February.

There were 19 general beds and one available ICU bed at the hospital by 8 pm on Sunday night.

The report shows that there were 33 confirmed cases at the Midland Regional Hospital Tullamore. The Offaly hospital had two suspect cases. Staff were treating two critically ill Covid-19 patients going into Monday.

There were just two general and one ICU beds available at the Offaly hospital.

Naas General Hospital had 24 people who were sick with the virus at the end of the weekend. There were two suspected cases while one person was critically ill patients in ICU.

There were 54 confirmed and five suspected cases at Tallaght on Sunday night. The Dublin hospital had 23  general beds and two ICU beds available. There were nine critically ill Covid patients in ICU.

St James's continues to be the busiest hospital. It had 111 confirmed and 89 suspected cases by 8 pm February 14. It had 24 general beds and one ICU beds available going into Monday. There were 18 confirmed and two suspected Covid cases in its ICU which is similar to recent weeks.

Nationally, there were 928 people in hospitals by 8 pm on Sunday night. There were 171 suspected in hospitals with 34 people were admitted with the virus in the previous 24 hours.

There were 164 critically ill people in hospitals on Sunday. Of these, seven were suspected cases. Of the total, 121 were ventilated (119 confirmed, 2 suspected).

Covid-19 was a factor in the lives of three people who died in ICU on #St Valentine's Day.