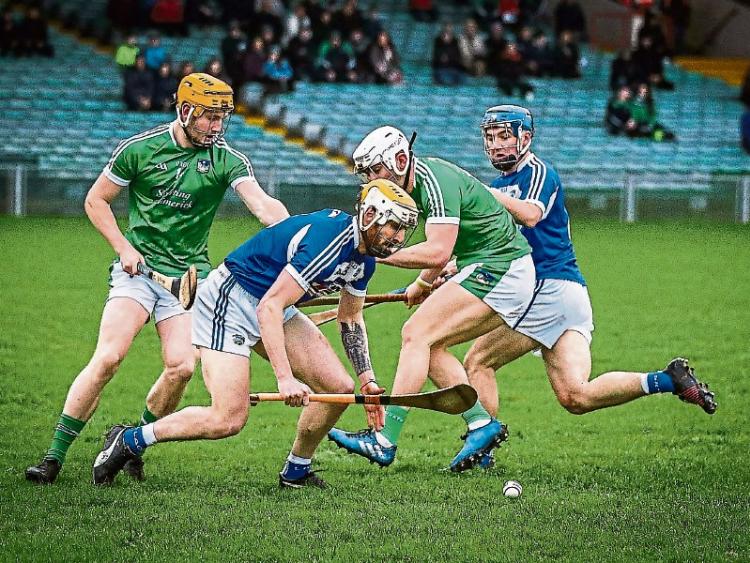 Leigh Bergin, Laois defender with his eye on the ball, under pressure from Aaron Gillane and Seamus Flanagan in 2018.

Laois GAA received more from Croke Park in terms of team and player expenses than All-Ireland Hurling Champions Limerick and finalists Waterford according to the GAA 2020 annual report.

The amount received also outstripped allocations to next door counties such as Offaly, Carlow and Kildare though was less than neighbouring Kilkenny and Tipperary.

The report outlines payments in a table headed Club Counties and Provinces under a number of headings.

A sizeable €134,041 was received to cover team and player expenses.

The Laois player and expenses bill was less than Kilkenny which was reimbursed to the tune of €285,120. Tipperary was paid €337,949 under the same heading.

Kerry had the biggest expenses bill for teams and players. The Kingdom was paid €547,748. Second highest was ten-in-row aiming Dublin which was reimbursed to the tune of €388,514.

The overall payments to counties, clubs and provinces table was topped by Cork which got €1.8 million back from HQ.