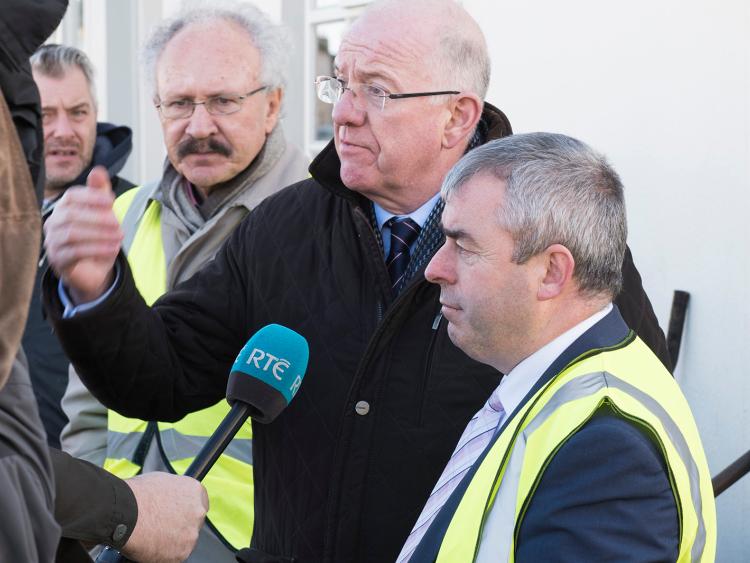 The Laois Offaly TD who helped secure millions of euro for a flood defence programme for Mountmellick has criticised the slow delivery of barriers as the town faces another possible flood event.

Charlie Flanagan questioned the Office of Public Works and Laois County Council's delivery of the project which he claims was pencilled in for funding more than three years ago.

"Mountmellick is on the brink of repeat flooding. Minister Boxer Moran and myself made €9 million available back in 2017. Something is missing in the delivery of public services if over three years later the people of Mountmellick have nothing beyond sandbags to protect them.

"Serous questions to be asked of OPW and Laois County Council as to their lack of urgency in this matter. It's difficult in itself to acquire Government funding but frustrating when funds are secured and not expended," said the Fine Gael TD who was a Government minister in November 2017 when the town was badly hit by floods.

He made the comments as levels on the Barrow near Mountmellick shot up on February 23. READ STORY HERE.

Work is underway on drawing up plans for a flood defence system. Original proposals had to be changed because of the 2017 flood. Boreholes were drilled last November to test locations for suitable defences.

A second contract has to be signed to build the defences.