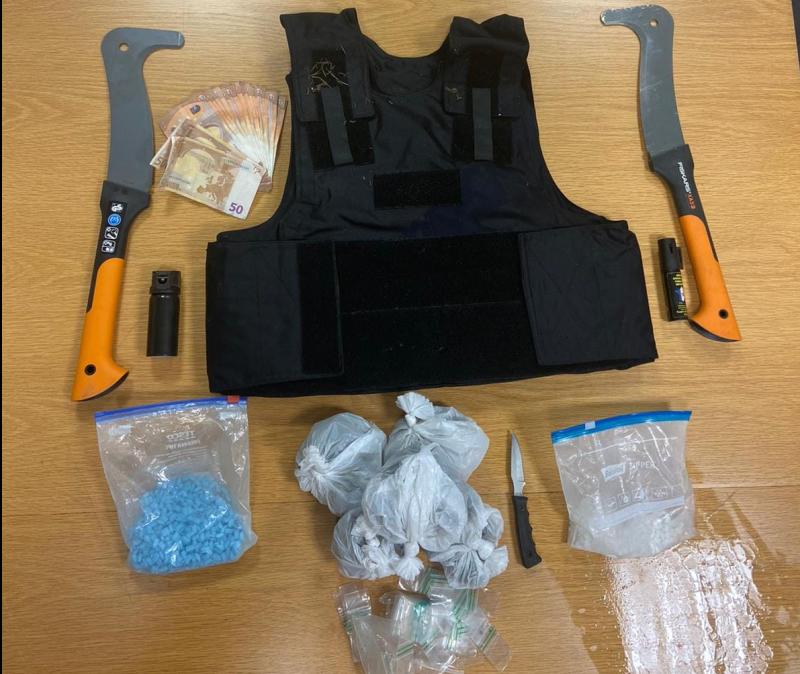 A stash of a worrying array of drugs, weapons and other items in what appears to be drug dealing stash seized by community Gardaí in Portlaoise this week.

Laois Gardaí outlined what was discovered in a statement.

"They seized drugs to a value of approximately €6000 which included cannabis, cocaine, amphetamine and cash to value of €1350.

"Also seized were knives and pepper spray which are prohibited under Firearms and Offensive Weapons act 1990/2009," concluded the statement.

A picture also shows that a protective vest was discovered.