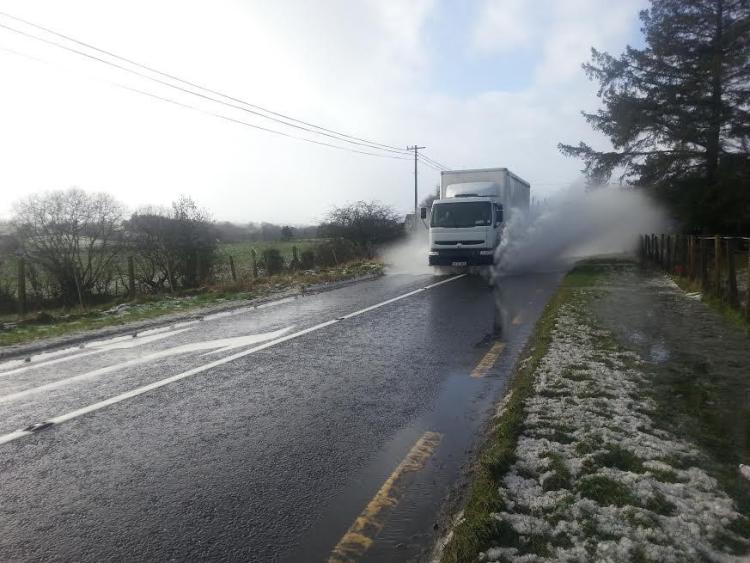 Farmers should not use roads to drain their land and a lot of road flooding problems would be solved if landowners were keeping drains cleared, according to Laois County Council.

The restriction was made clear to Cllr John King at the recent Borris-in-Ossory Mountmellick Municipal District meeting.

Cllr King said it is a regular issue and asked officials: “Is every flood on roads where there is a gap in the ditch going to be a council issue or land and property owners?”

He also queried if owners could be held partly responsible for the flooding.

He asked: “Can a farmer let water out on the road if there is flooding in gateways or land?”

“No, they shouldn't let water out on the road. Where they have a drain in their property, they should be maintained which would solve issues with water on the roads,” he said.

Cllr King added that bigger fields are contributing to the problem with banking and hedge lost but this has resulted in the removal of barriers to the flow of water.

Mr Kenny said the cause of each incidence of flooding would be examined on a case by case by case basis but he added that the expansion of fields for dairy farms is ‘creating its own problems.

The Fine Gael councillor said farmers already run the risk of a loss of income on water running from yards.

“The Department of Agriculture is strict if effluent is going from farmyards onto roads. They will stop part payment,” he said.