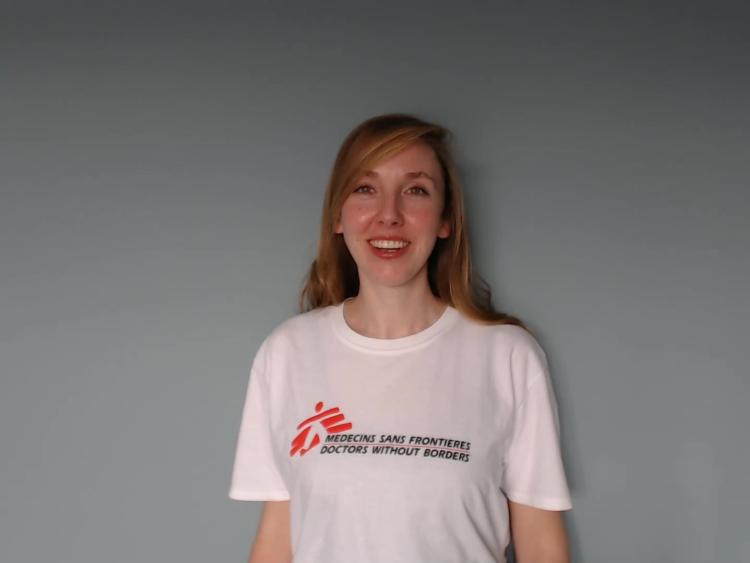 Dr Claire Dunne is a general practitioner and humanitarian from Abbeyleix. She recently returned from 18 months of working with people trapped in notoriously inhumane refugee camps on the Greek islands.

Dr Dunne studied medicine in UCD. She then completed general practice training on the North Dublin City GP programme with a special focus on working with marginalised groups of people, and in areas of deprivation.

This informed much of her primary care career once she qualified. She worked as GP clinical lead developing a primary care inreach service into homeless hostels with an NGO called Safetynet Primary Care. After completing a Diploma in Tropical Medicine and Hygiene, Dr Dunne then embarked on her first mission with MSF (Doctors without Borders) on Lesvos island in Greece.

During her time on Lesvos she saw the devastating impact that EU containment camps such as Moria camp have on people’s mental and physical health, their dignity and their humanity. She learned that the root cause of this is not a lack of resources, or more decent solutions, but a lack of political will and inhumane European migration policies.

She became involved in campaigning and advocacy work. After a fire destroyed Moria camp leaving 12,000 people destitute she allied with a group of Irish women, and a campaign called #400Welcomes. The campaign asks the Irish government to relocate at least 400 of those affected by the fire on Lesvos urgently and to do more in solidarity with those suffering on the Greek islands.

She is currently working in general practice and with Spirasi, an organisation for survivors of extreme forms of human cruelty – namely torture. She hopes to undertake another mission with MSF.