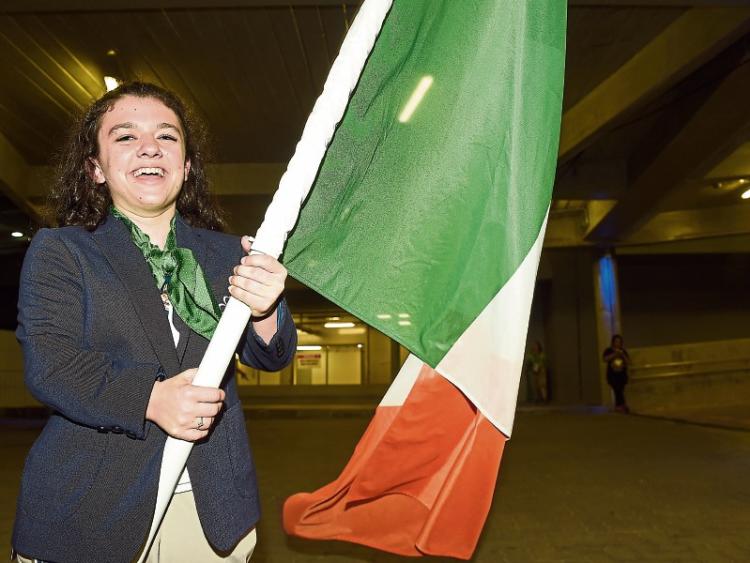 A big well done to the wonderful Nicole Turner on her appearance on the Late Late Show with Ryan Tubridy and on Ireland AM on.

Nicole has become an ambassador for Paralympics Ireland. Nicole is still in training for the Paralympic games in Tokyo. Her family have played a big part in her achievements, with her mam doing a round trip to Dublin six days a week to get Nicole to her training.

Now Paralympic Ireland has launched a new fundraising campaign to help Irish para-athletes like the young Portarltington woman to reach the Next Level. Paralympics Ireland is asking the people of Portarlington, Laois, Offaly and other parts of Ireland to help support Nicole and her teammates by donating to the campaign.

To make a donation, simply go to https://paralympics.ie and click on the ‘Donate’ button or click on the posts visible across official Paralympics Ireland social channels.

The minimum donation is €2 and can be made using either Google Pay, credit or debit card, or Paypal.

"Irish supporters are rightly known around the world for their vociferous support of their sporting heroes, now we are asking those amazing supporters to transform that vocal support into something more tangible," says Paralympics Ireland.

"Over the course of the campaign, we aim to bring recognition, knowledge and support for Irelands Para Athletes to the Next Level.

"Funds raised will be used to help remedy immediate costs, but the campaign also has the long-term focus of raising funds to help Team Ireland compete with the best in the world - not just in Tokyo, but also in Paris 2024, Los Angeles 2028 and beyond.

"This unique campaign gives the Irish public an opportunity to have a direct impact on Irish sporting achievements in a way that has never been available before. Every donor will know that they have played a major role in helping Irish Para Athletes achieve major results on the world stage," say Paralympics Ireland.