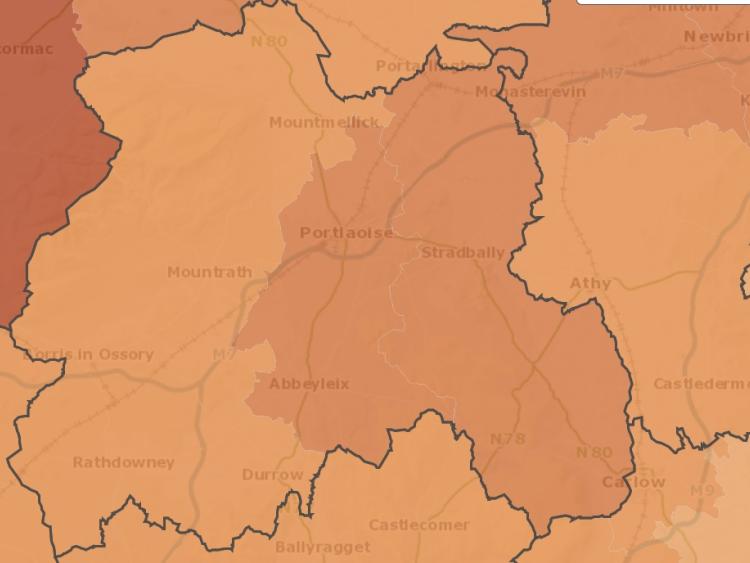 The incidence of Covid-19 is well above the national average in the two most populated electoral area of Laois according to the latest official figures.

The latest Local Electoral Area (LEA) breakdown published on March 4 on the Covid-19 Ireland data hub covers the second half of February from February 16 to March 1.

The Datahub figures show that there were 92 new cases in Portlaoise in the 14 days covered by the latest data.

The latest figures from the Portarlington Graiguecullen district show that there were 97 cases in the two weeks to March 1.

Latest figures from the Mountmellick to Borris-in-Ossory LEA where there were 31 cases from February 16 to March 1. The latest incidence has fallen substantially to 125 per 100k.

Health Protection Surveillance Centre figures for all of Laois from February 16 to March 1 for all of Laois shows that 210 new cases were notified giving a 14-day incidence of 247.9  per 100k. The five-day daily average for new cases was 12 across the county a day.

This is an improvement on the previous two weeks measured but still exceeded that 202.2 per 100k national incidence over two weeks.

The county has some way to go to suppress the virus more comprehensively. The Laois incidence was 55.5 per 100 k on November 30 which was the last day of the Level 5 restrictions brought in to stem the second wave. Just 45 new cases were reported in the two weeks to November 30.

Up to date figures published by NPHET up to midnight, March 4 reveal more improvement in Laois. The incidence of 211.3 per 100 k due to 179 new cases in the previous two weeks. There were 10 new Laois cases on March 4 which meant the five-day moving average to eight a day.