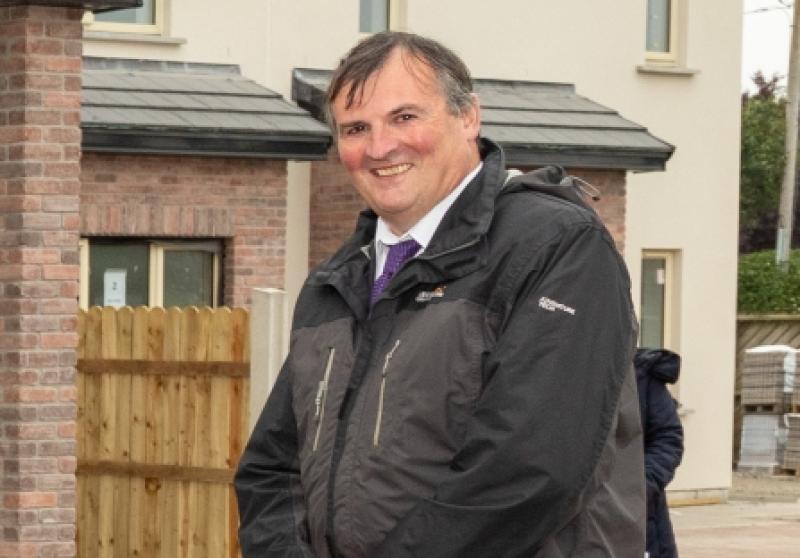 The €9 million allocated to Portlaoise shows that the Government has confidence in the town's future, according to Laois County Council's Chief Executive.

Mr John Mulholland added that money for the Low Carbon Town Placemaking initiative would mean the council could now push ahead with projects in the town centre.

“The allocation of over €18 million in total to Portlaoise represents a real vote of confidence by Government in the future of Portlaoise and in the pathway it is currently following in terms of addressing the climate change agenda, in acknowledging the value of local collaboration and consultation and in putting resources into rebuilding, recovering and renewing town centres.

“By any measure the level of URDF funding for Portlaoise is excellent and this is extremely gratifying. It is the Council’s objective that the use of such public funding will be truly transformative and that people who reside in, do business in and visit the town centre can look forward with optimism to a new lease of life for Portlaoise. We now must prepare to advance and implement the various projects over the coming months,” he said.

Mr Mulholland said the Placemaking project will allow the implementation of long awaited improvements in the town centre including:

- The completion of the Cultural Quarter around Fitzmaurice Square and Scoil Mhuire
- Public Realm Works at Market Sq, Main St and Lyster Sq to enhance access and regenerate business and cultural activity
- Enhancing the streetscape on James Fintan Lalor Ave to prioritise pedestrian access, cycling and public transport in keeping with reducing our carbon footprint.
- Creation of urban development sites along JFL Ave.

He thanked some the local groups who have helped make plans for the future.

“I wish to once again convey my thanks to all those associated with Downtown Portlaoise, Portlaoise Tidy Towns Committee and all who continue to engage with the Council in shaping a vision for Portlaoise,” he said.

The Department of Housing, Local Government and Heritage has awarded the funds to Laois County Council to spend on a multi-year basis on more projects aimed at enhanching the old town centre.

The Department says the Urban Regeneration and Development Fund (URDF) part-funds projects are aimed at enhancing urban areas to make them more attractive places in which to live, work, visit and invest.

The Department says the new funding for Portlaoise will complement and build on the implementation of other ‘Low Carbon Town’ developments under the existing ‘Call 1’ project.

The latest money means that €18.06 million will have been spent two projects in the county town: ‘Portlaoise – A Cultural Quarter’ and ‘Portlaoise – A Low Carbon Town’ (‘Call 1’ projects).

A previous €9.06 million was allocated to the cultural development and the low carbon project in 2019.

The latest Laois funding is part of €25.8 million going to projects in midland counties announced y the Minister for Housing Darragh O'Brien.