Portlaoise homeowners forced to use garage toilet over sewage spills 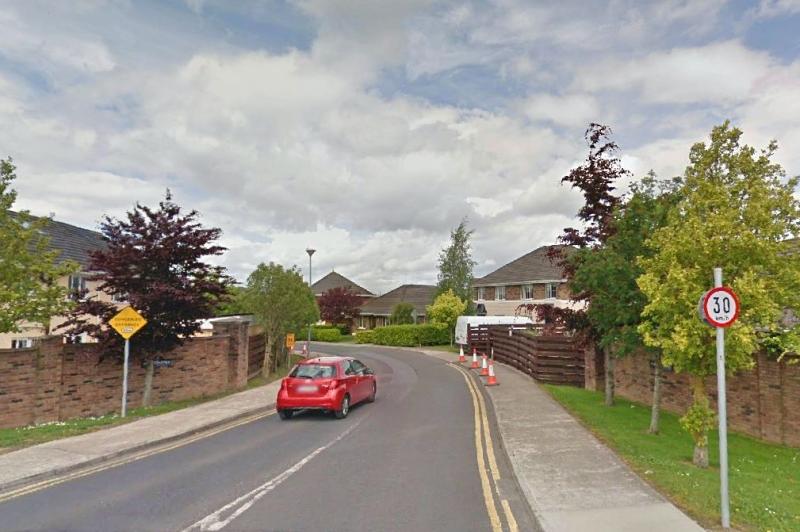 The Hermitage estate in Portlaoise

Homeowners in a modern Laois housing estate regularly have to use the public toilet in a local garage, due to public sewage backing up into their homes.

The Hermitage housing estate on the Borris Road in Portlaoise has a "serious sewage problem" according to a local councillor.
Rainwater is flowing into the sewers, which are supposed to be sealed pipes. It means that when it rains heavily, human waste is backing up and overflowing in toilets in some of the houses.

Cllr Catherine Fitzgerald has tabled a motion to the March meeting of the Portlaoise Municipal District to resolve the problem, especially in the vicinity of house number 180.

A very long answer was read out to her request, from Irish Water.
Essentially they say that an overall design is already well underway to resolve drainage problems in the wider area, where many hundreds of homes were built in the last 20 years.
In the meantime Irish Water say they will work with Laois County Council to divert storm water away from the sewerage system.

Cllr Fitzgerald was not satisfied with the answer.

"They need a solution now. This is a serious issue in a modern housing estate. People have to go out of the estate to garages to use toilets for three four or five days because they couldn't use their toilets.
This is not fair to people to have to put up with. We are looking at more heavy rain now, and they expect it to happen again," she said.

Cllr John Joe Fennelly supported her motion.
"We should go back to Irish Water and ask for a timescale for immediate work. People going out of their homes to use toilets is crazy stuff," he said.

The Director of Services for Portlaoise is Simon Walton. He believes the solution long term will be a major investment in new pipework for the area which includes hundreds of homes in Rathevan.
"The problem is surface water gaining entry to the foul water, and I assume the problem is that in heavy rainfall the system is backing up and gives rise to problems in houses. The short term solution is to see where the surface water is getting in and divert it. Irish Water say that if the water continues to get in, it will need a major capital upgrade," he said.

A recent planning application to build 262 new homes in Rathevan was refused partly on the grounds of the lack of capacity in the waste water system. Irish Water was among the objectors and said the plan was premature, coming before a network and pump station upgrade.

Irish Water in their answer said that the Hermitage estate is being examined as part of a wider Drainage Area Plan. It has already identified problems such as flooding, and solutions needed to provide capacity for the next 25 years.
"In relation to the Hermitage Estate, we are at Stage 4 optioneering. When this work is completed we will have better understanding of possible solutions. IW and LCC will need to work together to assess the feasibility and remove surface water from the foul system as an immediate task to try divert the need of major capital upgrades," Irish Water said.