Satellites used to pinpoint land that was burned outside legal limit

Farmers in Laois face the prospect of a loss of income over the burning of vegetation in the Slieve Bloom according to the Department of Agriculture which has used satellites to pinpoint land affected.

The Department of Agriculture, Food and the Marine has issued a statement arising from reports of fires since the closing date for such activities commenced on March 1. it has highlighted incidents in counties Kerry, Laois and Wicklow.

The Department says it can identify lands that have been burnt that by means of satellite imagery.

A statement adds that analysis of the relevant imagery indicates that at least 130 hectares have been burnt in these counties since March 1.

The Department warns that the terms and conditions for the Basic Payment Scheme and other area-based schemes makes clear that such lands are ineligible for payment.

The Department quoted the condition: “Where land has been burned between the 1 March and the 31 August, it is not in a state suitable for grazing or cultivation and therefore is not eligible for the remainder of the year”.

Officials outlined what would happen next.

MORE BELOW PICTURE OF THE LAOIS FIRE AND RESCUE SERVICE EXTINGUISHING A FIRE ON MARCH 7. 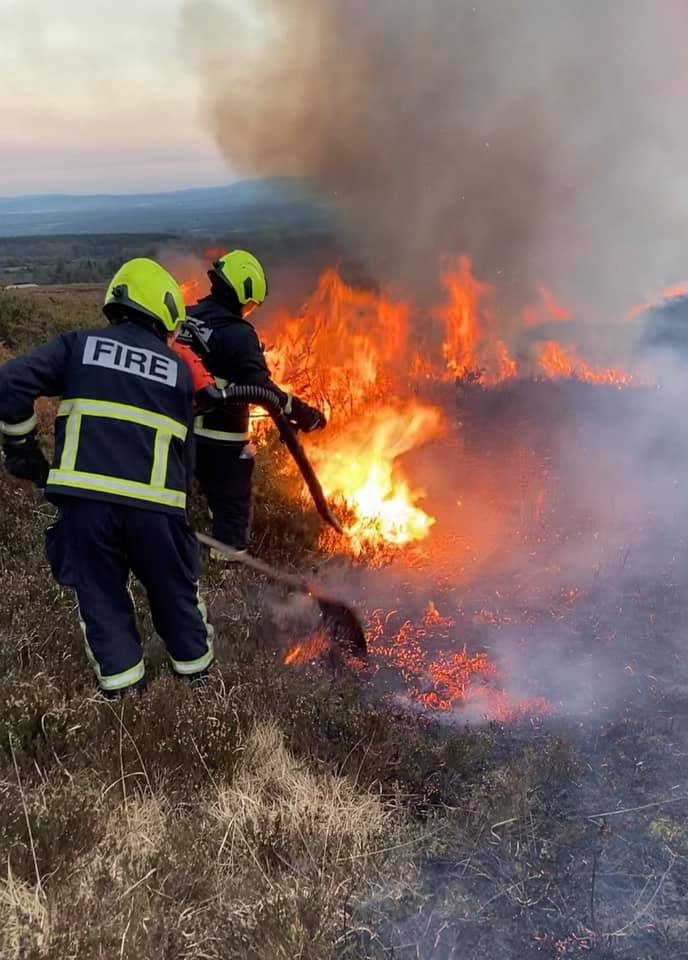 "The Department will contact those applicants who apply on burnt lands in 2021, informing them of the consequence of the burning on their eligible area for payment.

"The Department will also shortly commence ground inspections in areas identified through satellite imagery to carry out further checks in these areas," it said.

It also explained that individuals who are found to burn vegetation within that prohibited period are liable to prosecution by An Garda Síochána or by the National Parks and Wildlife Service (NPWS).

The Department of Agriculture, Food and the Marine has no role in regard to prosecutions.

The County Laois Fire and Rescue Service said on March 7 that crews from Mountrath, Portlaoise, Mountmellick and Rathdowney stations spent the day dealing with a large fire on Conlawn Hill near Ballyfin. It said the fire spread rapidly.

"The legal season for the burning of vegetation has ended. An Garda Siochana and National Parks & Wildlife Service will be investigating the source of today’s fire," said the service at the time.