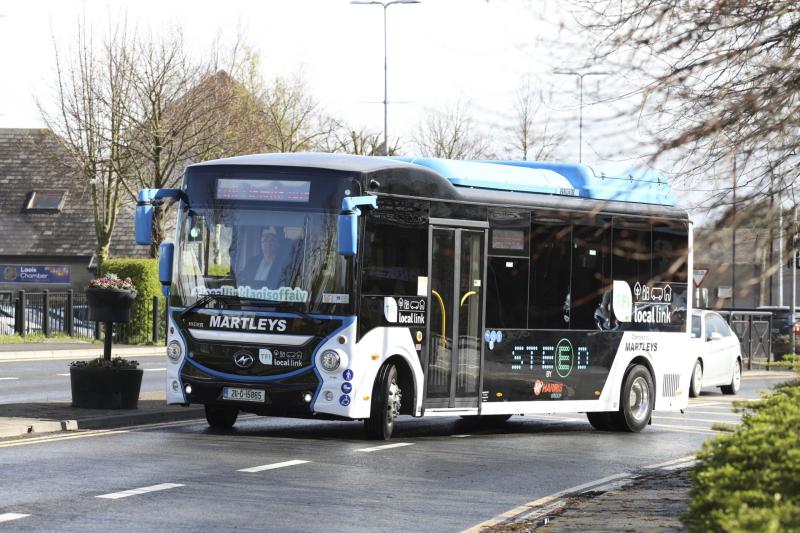 A Laois bus company Martley's has been commended for bringing a zero-carbon vehicle into operation.

Seán Fleming, Minister of State at the Department of Finance, congratulated Martleys of Portlaoise on what he said was an outstanding achievement in bringing the first fully electric bus to Ireland to operate on the public roads throughout the area collecting passengers on a daily basis.

"Mark Martley is to be commended for this major investment to bring a zero Co2 bus service to Co.  Laois. This is the first of its kind in the country.  There are many hybrid buses on the road which are fuelled by either traditional diesel or gas together with electricity.

"Indeed in some locations like around the airport there are some electric buses being used for shuttle purposes but this is the first-ever electric bus for the public roads for the paying public to use.

"Mark Martley has great foresight in working on this and bringing it all together and he is a trailblazer which other bus companies including the State transport companies should follow.

"Finally, I wish Martleys every success in their new venture and I call on people to fully support them by using this new environmentally friendly bus," he said.

The bus is operating on the Laois Offaly Local Link routes from Monday, March 29.