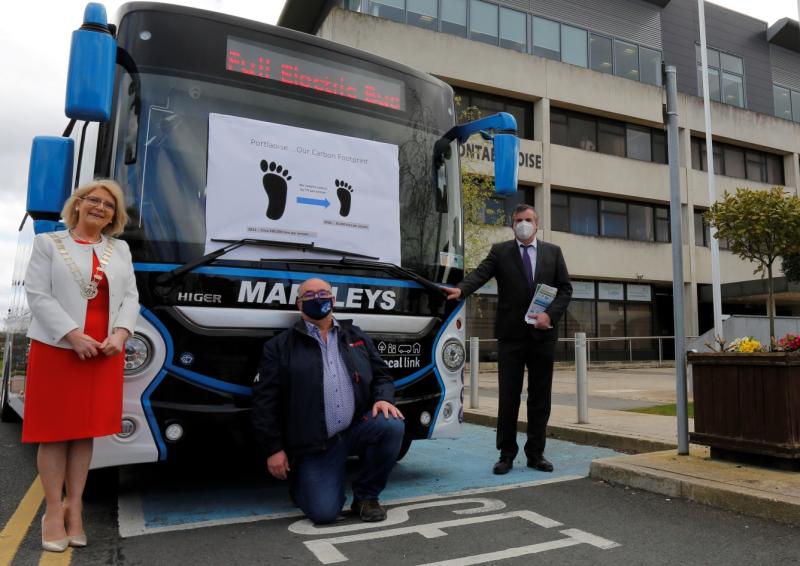 Cllr Catherine Fitzgerald, Mark Martley, John Mulholland, CEO, Laois County Counicil with the new all-electric bus which is being used by on the Laois Offaly Local Link route by Martley's .

A new Laois County Council report has found that Portlaoise is producing 100,000 tonnes of carbon every year but this can be reduced significantly by reducing the number of diesel cars and increasing the usage of electricity generated by wind along with other measures.

As such, the council says it fixes a reference point for emissions both in time and in quantum for Portlaoise and will serve to underpin the community-wide effort to tackle climate change.

County Hall says the report concludes that Portlaoise, with a population of about 23,000 people, produces the equivalent of 99,159 tonnes of carbon dioxide each year. That is over 4 tonnes of CO2 per person per year net of aviation and agriculture.

"The report sets out options and opportunities to reduce carbon emissions by up to 72%. The study confirms that in order to achieve this target and the nationally agreed target of 7% per annum there must be an investment in local renewable energy generation, an investment in deep retrofitting of homes and a big shift towards electric vehicles, public transport, cycling and walking throughout the decarbonised zone of Portlaoise.

"In addition the report underscores the value of biodiversity and tree planting in urban areas and the necessity to re-use existing building stock in the town centre," says the council.

Some of the key points:

“The Government has set a target of halving the country’s carbon footprint by 2030. This report sets out the scale of that challenge for Portlaoise and the county. This report will inform the conversation on how best to plan for our low carbon future”

“This is one of the most important reports prepared by Laois County Council for some time. It provides real clarity on the path ahead towards tackling the climate change issue and it sets out unambiguously the choices for our community over the next decade.

"In launching this report it is important to acknowledge the ongoing support of local business, stakeholders and communities in taking on some of the work associated with the low carbon challenge. We are grateful to have the active support of the Portlaoise Town Team, Portlaoise Tidy Towns and local transport companies in leading a very active community response.

"I would also like to acknowledge the support of the Department of Housing, Planning and Local Government under the Urban Regeneration Fund in assisting to deliver the Low Carbon Town Project. Laois County Council will continue its engagement with the public on how to meet the government’s target of 50% reduction in CO2 for Portlaoise and the County,” he said. 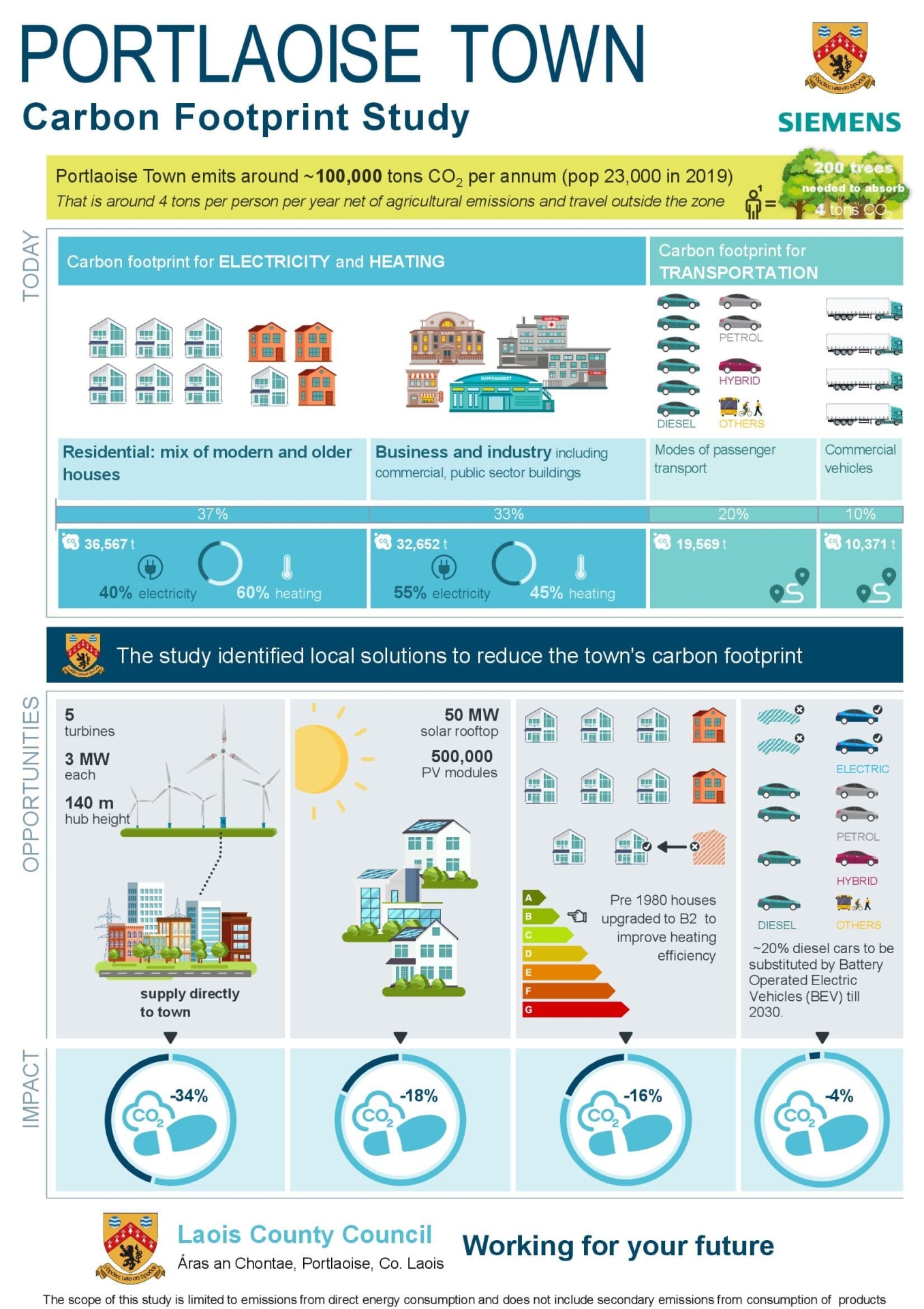 The report methodology is easily transferrable to other towns and rural areas.

The report is available on the Council website at  https://laois.ie/about-the-council/climate-action/

For Households interested in energy savings in the home, Laois Partnership independently have organised a free Webinar on Energy savings in the Home on 9th and 10th April, details at https://laoispartnership.ie/laois-householders-energy-saving-action-on-climate-change-free-webinar/

The KEY points in the report highlighted by Laois County Council