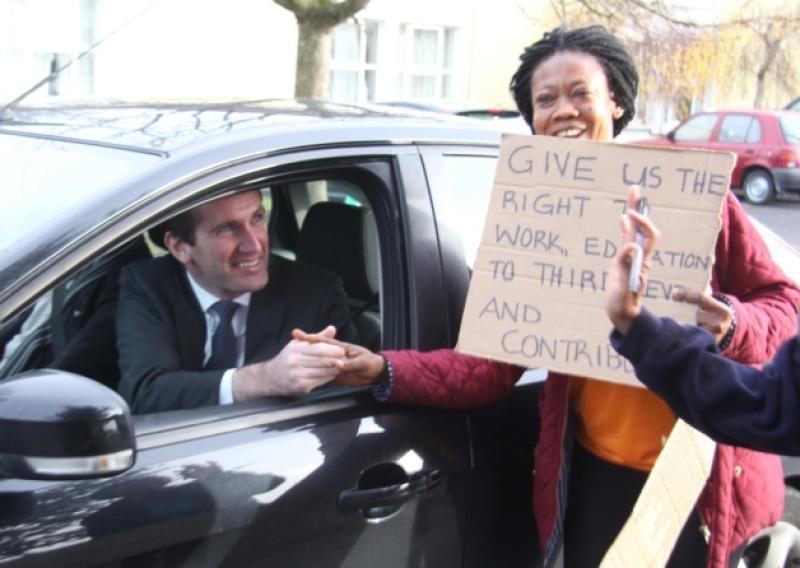 Three companies were paid nearly €30 million to provide accommodation at Direct Provision Centres in Laois in the first two decades of the system's operation in Ireland.

Reception and Integration Agency data shows that the total amount paid exceeds €28.5 million in Laois between 2001 and 2019.

Not far from the Laois border Oscar Dawn received a payment of almost €5m between February 2016 and August 2018 to run the former Hazel Hotel in Monasterevin as an Emergency Reception and Orientation Centre,

The companies have provided accommodation, food and other services to the people accommodated temporarily at the properties.

There have been protests by residents of the former Montague Hotel since it began operations.

Abbeyleix PP Fr Paddy Byrne has campaigned against Direct Provision and was amazed by the amounts paid out to some who have “profited” from a system that he said, “alienates and discriminates.”

“I have been consistent for the last 16 years that direct provision in its totality is a deeply unjust system that ultimately discriminates and alienates.

“We have gone through the horror in the Catholic Church of the Mother and Baby Homes reports that we have been outraged and scandalised by, but I have no doubt that in 30 years time the same reports will be written about direct provision,” he said.

Fr Byrne said some people were accommodated at the centres for up to 10 years.

“These individuals were often children and, up to recently, were not allowed to access third level education or any other sense of living but in crowded cramped rooms,” he said.

Fr Byrne said the pandemic has undermined the system further.

“For instance, in Abbeyleix 17 people at the Direct Provision Centre contracted Covid-19 because it is impossible to social distance,” he said. Fr Byrne added that very few people have strongly opposed the system.

He said local politicians know that the centres are not popular.

The (RIA) is a unit of the Irish Naturalisation and Immigration Service (INIS) which is overseen by the Department of Justice.

Direct Provision Centres are due to replaced by so-called arrival centres where people will be accommodated on a four-month ‘orientation’ phase.

At the end of this period applicants, people whose protection claims are still being processed will get their own room or own door accommodation in the community which will be means-tested.

A White Paper said Direct Provision will be phased out over the next four years.