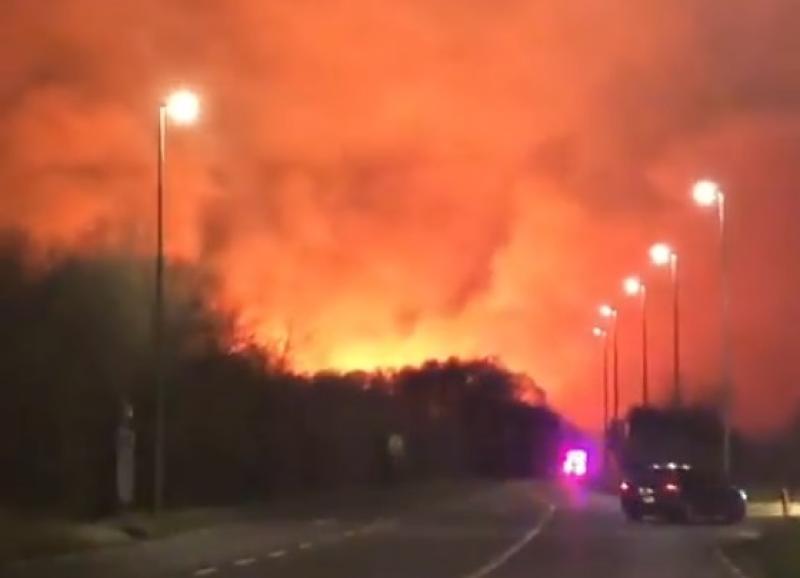 A fire that engulfed a Laois bog last Sunday night right beside the busy N80 road forced the road's closure, and will have wiped out wildlife including nesting chicks according to a nature expert.

Laois County Fire & Rescue Service have confirmed details of the fire to the Leinster Express.

It happened on Clonreher Bog between Portlaoise and Mountmellick and took two fire crews to fight it.

"A fire occurred last night in gorse on land adjacent to the N80 at Clonreher at approx 21:40.

"Crews from Portlaoise and Mountmellick brought the fire under control by 01:00. A crew are back on scene this morning mopping up any remaining hot-spots in daylight," they said.

They said no-one was hurt but that the road had to be closed because of the extent of the smoke.

"There were no injuries. The N80 was closed for a time due to the smoke."

Laois Offaly Wildlife Trust chairperson Ricky Whelan said that the loss of natural life from the fire is shocking and long lasting.

"It's gutting to learn about the fire at Clonreher Bog. It is especially shocking given that we are well within the bird breeding season (which officially begins on March 1st) and it is certain that many nests were lost in last nights fire. It's important also to consider the loss of habitat which will have a lasting effect on birds and wider nature in the area."

It is against the law in Ireland to set fire to vegetation between Marcy 1 and August 31, to protect wildlife.

See a video story here taken as the fire raged.

Photo below of the fire taken by Laois County Fire & Rescue Service. 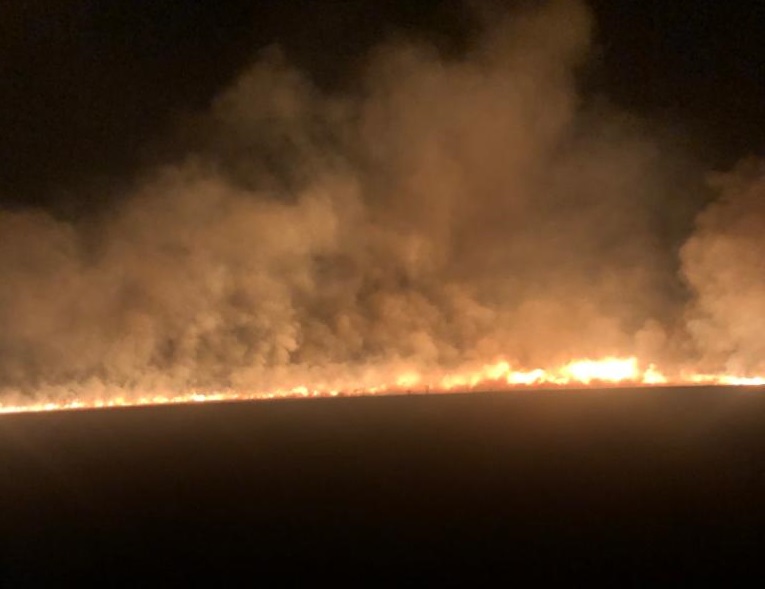