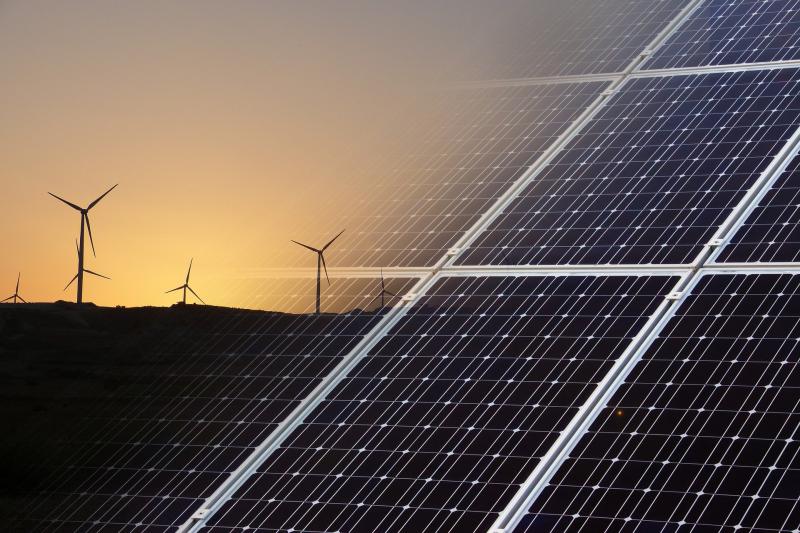 The new Carbon Footprint Study for Portlaoise was carried out as part of the Ireland 2040 Plan which identifies the town of Portlaoise as a national demonstration project for implementing sustainable and community-driven urban renewal.

As part of this Portlaoise has been allocated funding to advance towards the status of ‘Low Carbon Town’ as part of the Ireland 2040 demonstration project.

Laois County Council went out to tender in November 2019, to prepare the baseline carbon footprint of the town and understand the potential opportunities to reduce the overall carbon footprint. Siemens was awarded the contract for this project in August 2020.

The resulting report says it covers the four key topics identified in the tender document:

- Establish a register of opportunities for the reduction of energy demand and the transition to renewable energy supply.

The standout findings in a very technical report relate to how much greenhouses gases in Portlaoise are polluting and what means can be used to cut these emissions.

A carbon footprint exercise was conducted. This focused on three categories – the impact from electricity demand, heating needs, and prevalent transportation modes to Portlaoise's boundaries.

Siemens found that 99,159 tonnes of greenhouse gases are produced annually in Portlaoise.

Siemens make the case that a decreased carbon footprint for Portlaoise can be achieved by deploying wind generation assets or solar 'modules' in and around the urban area.

To reduce the carbon footprint for Portlaoise the study provided a detailed assessment of renewable power potential in the region. Both wind and solar potential were assessed by using weather report from 2012, 2015, 2017.

The report says Renewables Use Case comprised of different options.

It estimated that wind power produced locally, but supplied indirectly via National Grid, would reduce carbon by 3%.

Wind-generated locally and supplied directly to the town could cut emissions by 34%.

A rooftop solar energy project would reduce carbon by 18%.

Upgrading older houses through deep retrofits would save 16%. Finally, replacing 5% of conventional vehicles with electric vehicles would cut 1% of carbon production.

The report costs the possible investment needed in wind.

It said wind power produced within a 10km zone around Portlaoise could require between €832 and €778 million of investment. This translates into 165 - 177 turbines of Type 101.

If the area around the electricity grid lines is used, the investment requirement reduces to €100 - €112 million depending on the distance rule. This translates to the installation of 21 - 24 Type 101 turbines.

Soalr power analysis results reveal a potential investment range of between €39 and €197 million for solar farms.

However, other options for wind and solar options power generation under which an investment of €55 million would be needed for solar rooftop panels and €23.5 million for the wind turbines.

The study also looks at market solutions in the form of a power purchase agreement between the town of Portlaoise and the wind farms which, it says, results in a more rigorous decarbonization strategy.

Solar power would be generated from 7,500 residential homes in the town and use of many other types of commercial, public and community buildings. If all the space for panels cannot be source in the town it proposes that 23 hectares of this consisting of closed cells could be used for a solar farm at Kyletalesha Landfill.

The study also examines cutting carbon through housing upgrades for 3,984 households which requires €72 million for insulation or retrofitting in general.

It said such efforts should target a rethinking of local energy usage that policymakers may actively address.

Another option explored as part of the study was District Energy. It says District Energy refers to both District Heating (DH) and district cooling systems. The fundamental idea of District Heating is to use local fuel or heat resources that would otherwise be wasted to satisfy local customer heat demands by using a heat distribution network of pipes as a local marketplace.

The passenger transportation use case ranks lowest in terms of the overall emission reduction effect given its overall 1% CO2 potential contribution. However, the report says that since new mobility concepts are on the rise, policymakers and county councils may find this use case attractive. Particularly, as it indirectly helps to drive attitude and behavioural change, which has a positive effect on areas of the carbonisation efforts.

The report says that all decarbonisation efforts need careful consideration and more stakeholder involvement when transitioning to a commercial phase. At the same time, it says acceptance may be achieved if politicians engage in stakeholder dialogue by building on the shown use cases. It says the shown use cases illustrate pathways to decarbonise the town at the local level.

Ultimately it says making use of favourable local renewable energy locations seems to present a great opportunity for supplying the town with carbon-free generation assets.