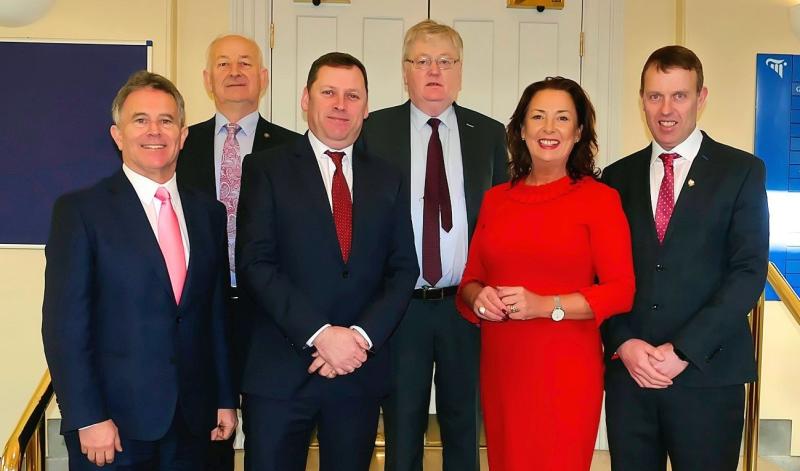 Fianna Fáil is set to celebrate the 95th year of its founding in Laois and Offaly with a virtual event in May.

The event will be taking place on May 16 and will be hosted by its Laois and Offaly Ógra units. The organisers outlined the contribution the organisation in the constituency has made to the party and the country.

"The Laois-Offaly constituency has been a hotbed of Fianna Fáil activity since the election of Patrick Boland TD in 1927. Local members have gone on to serve in some of the highest political offices in the land, most notably with the election of Offaly native Brian Cowen TD to the Office of An Taoiseach in 2008.

"The party has contributed much to the social fabric of the midlands with the founding of Bord Na Móna, ESB peat powered power stations and much of our educational and road infrastructure that serves us to today.

"Fianna Fáil was founded almost 95 years ago when such titans of early 20th century politics Irish politics as Éamon De Valera, the sole surviving commandant of the 1916 Easter Rising; future Taoiseach Seán Lemass; and Countess Markiewicz who would sadly die one year later gathered in the La Scala Theatre Dublin to found a radical new republican movement on the 16th of May 1926.

"Fianna Fáil was founded against the backdrop of national disillusionment following a civil war, political imprisonment, and national stagnation with the domination of a political class whose social atmosphere placed emphasis on the maintenance of an outdated pre-independence status quo. It would go on to dominate, advance and shape Irish politics throughout the 20th century with every leader to the present serving in the Office of An Taoiseach," the said.

The format of the celebration will involve a 90 minute online event kicked-off with a historical presentation of Fianna Fáil’s pre-1926 roots in the Gaelic League, Land League and old IRA before moving to a timeline of the party’s achievements in the Midlands from the 1920’s to today.

This will be followed by a suite of interviews with some of the party’s long-standing members which in turn will move to a live discussion with some of Fianna Fail’s local and nationally elected representatives on the party remaining true to its founding principles before questions, answers and closing remarks.

Invites will be posted on the separate Laois and Offaly Fianna Fáil facebook accounts.