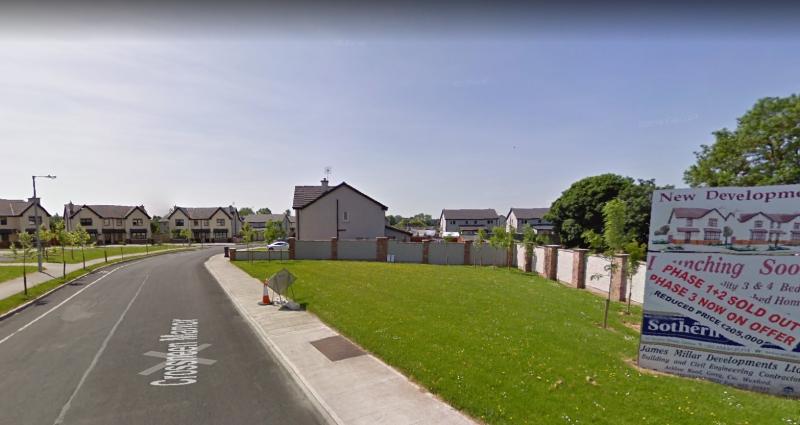 Problems with Celtic Tiger housing estate continue to leave the residents of a Laois housing estate in limbo, a decade was built and years after councilors began to campaign on the issue.

The complications in relation to the Crossneen Manor Estate are cause problems for residents and county council more than a decade after the homes went on the market in Graiguecullen. Unfinished building work means Laois County Council cannot assume responsibility for roads, street lights, and other services under the so-called 'Taking in Charge' process.

A councillor raised the issue again at the Portarlington Graiguecullen Municipal District meeting.

The council's Planning Section issued a written reply to a motion tabled by Cllr Aidan Mullins.

Cllr Mullins said he tabled a motion in 2017 and other councilors had also highlighted the problem over the years. He raised the issue at the April meeting of the Portarlington Graigucullen Municipal District.

“This is going on a long time,” he complained.

He outlined that he first raised the issue four years ago with officials. He said that the council could not proceed as the developer had not complied with the conditions of the planning application.

He added that €300,000 bond existed to cover the costs of outstanding works to allow the council to assume authority. He said that the council committed to calling in the bond in September 2017 to carry out the works. He said nothing happened and another reply in May 2018 said the problems still existed and the bond’s lifespan was extended again.

By February 2019, he said the developer Miller Developments, which built another estate,  had paid the council special levies in respect of the building of another estate, to complete the Crosneen works.

“Nothing has happened since. It is one of these stories where a housing estate hasn’t been completed but we seem to be slow to enforce,” he said.

Gerry Murphy, Director of Services, pledged to get a more comprehensive response for the next meeting of the district.

Cllr Aisling Moran said there is no point in taking bonds if they are not being used to complete the works.