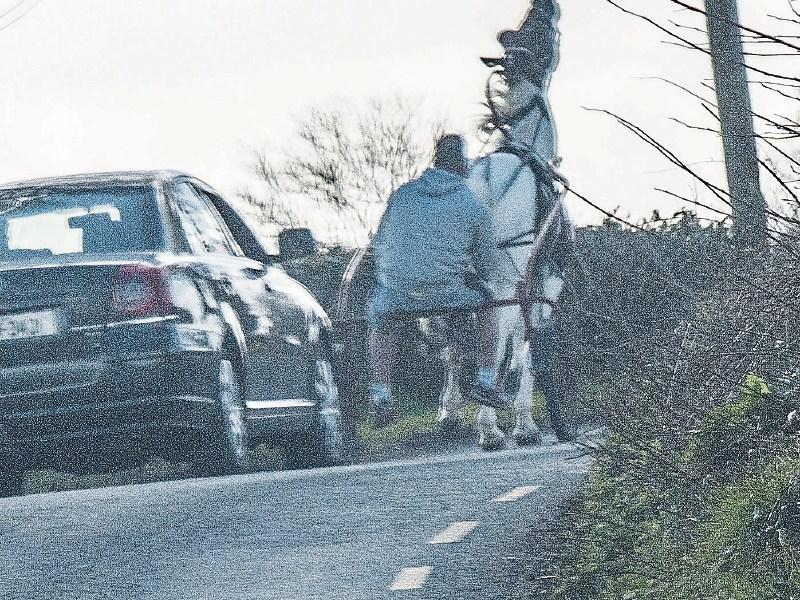 State authorities should pay for the damage done to cars damaged by horse-drawn sulky cars if they do not stop the horse races on roads a Laois county councillor has demanded.

Apart from the dangers posed by sulky racing, Cllr Aisling Moran said action must be taken because of the insurance gap facing people after damage. She claims the problem has got out of hand in Graiguecullen

“There have been four accidents in the past couple of weeks. The people have nobody to claim from,” she said.

She said the MIBI compensates victims who have been involved in a road traffic accident caused by uninsured vehicles but it will not cover collisions with sulkies.

“When people went to claim from that they were told that because it is not a mechanically propelled vehicle they cannot claim so they have to claim off their own insurance. That is a disgrace,” she said.

Cllr Moran said the agencies such as the gardaí and local authorities and Department of Agriculture must act or pay up.

“If they are not going to act then they need to put a fund together to compensate everybody that are in accidents with sulky cars,” she said.

Cllr Moran told the recent Portarlington Graigucullen Municipal District meeting that said she was sick of raising the issue of sulky racing problems.

She wanted a subgroup to be set up of councillors to tackle the problem as proposed at the recent Laois Joint Policing Committee. Cllr Padraig Fleming was of the view that the district should wait until Laois County Council returns with a recommendation on how a group should be set up.