Road sealed off for a number of hours 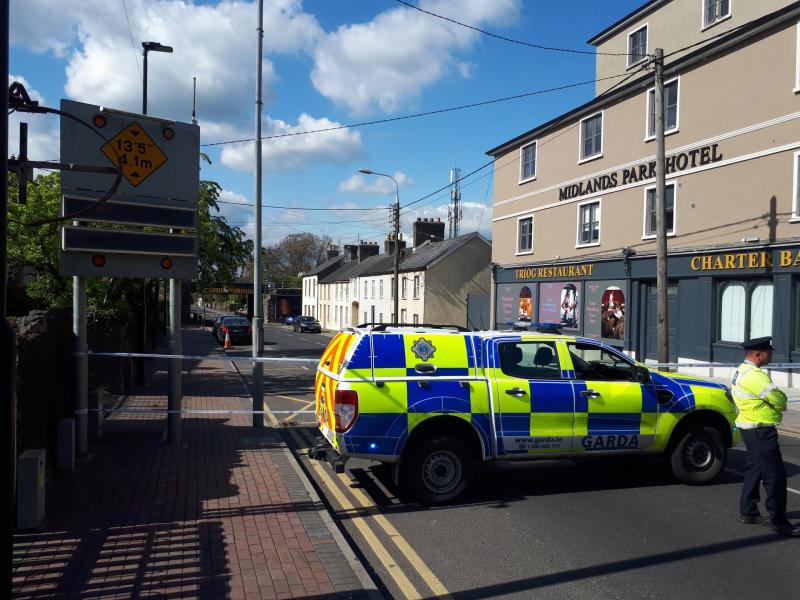 Gardaí sealed off the scene to allow an investigation take place

Gardaí have issued an appeal for help in an appeal in which they confirmed further details surrounding a fatal collision in the centre of Portlaoise.

Gardaí confirmed that they attended the scene of a fatal road traffic collision on the busy N80 involving two cars that occurred at approximately 1.45pm on Wednesday, April 28 on Coote Street, Portlaoise.

"The driver of one of the cars, a man in his 60s, was pronounced dead at the scene. The body of the man has since been moved to Portlaoise Mortuary and a post mortem will be conducted at a later date.

"No other injuries to persons was reported," said the gardaí.

In the statement issued around 6 pm, Gardaí said that the road remained closed on and Forensic Collision Investigators are examining the scene. They added that local diversions are in place.

Gardaí said they are appealing for any witnesses to this collision to come forward. They also appealed to any road users who may have camera footage (including dash-cam) and were travelling in the area at this time to make this footage available to Gardaí.

The Leinster Express understands that the man may have suffered a medical emergency while behind the wheel causing the vehicle to veer into the path of oncoming vehicles.