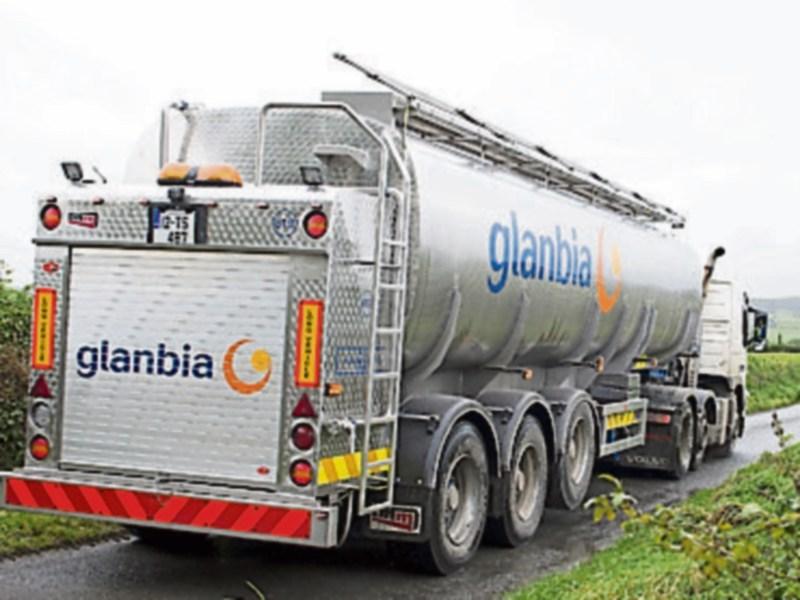 An Taisce seems hell-bent on safeguarding the interests of a chosen few driving what seems to be a very personal vendetta against farmers, a Laois TD has claimed.

Laois Offaly TD Charlie Flanagan is one of four former Fine Gael ministers to strongly criticised An Taisce for appealing a High Court decision to grant planning permission for a €140m cheese plant on the Kilkenny/Waterford border.

However, An Taisce has hit back at the politicians and other critics saying it is not against farmers or rural Ireland and it aims to ensure there is a viable farming sector and the long term.

The statement from the six Fine Gael Oireachtas members dismisses the position taken by the charity that works to promote environmental awareness and action in the context of the climate and biodiversity emergencies.

“Glanbia’s proposed investment at Belview is a joint venture with a Dutch firm specialising in cheesemaking. This notice to appeal the decision made by Kilkenny County Council, An Bord Pleanala and now the High Court doesn’t cast Ireland in a good light locally, regionally or internationally – particularly at a time when we urgently need foreign direct investment and sustainable, well-paying jobs in our rural economy.

“How An Taisce (funded by the taxpayer) are taking the planning system and Government policy to a second court is beyond comprehension, as is how they are also objecting to housing, and forestry up and down the country.

“Timber supplies nation-wide are running critically low as a direct consequence of this, with direct impacts now evident across the construction sector.

“In taking this further appeal An Taisce is alienating the main group involved in environmental protection across Ireland – our farmers and their families.

“The government must now look again at An Taisce being funded by the taxpayer, its consistent opposition of government policy and possibly their special status under the planning acts.

“The actions of An Taisce and the environmental lobby withdrawal from the 2030 food strategy illustrates their unwillingness to find compromise or to work with farmers to find realistic solutions. This small cohort has been allowed to hijack an entire industry. Which sector is next?

“They're alienating the profession which has the most influence over the environment they claim they are protecting. It’s not too late for An Taisce to withdraw their latest appeal and to work with the planning system, rather than constantly against it. Surely a constructive conversation around a table could iron out with Glanbia and its partner any outstanding concerns.

“This is a major blow to the thousands of dairy farmers supplying Glanbia. They’re already facing supply restrictions from next year following the delay in developing this plant and a subsequent surplus of milk in the system.

“This appeal is a massive blow to the entire workforce at the company and it must put in jeopardy a much-needed project that would create hundreds of jobs in a part of Ireland which has struggled and consistently lagged behind over the past decade.

“An Taisce claims in its statement that it is appealing “in the public interest” and also that it is taking this recourse “to promote human and ecosystem wellbeing and resilience for the benefit of the nation”.

“The farmers of the South-East region and beyond have proven themselves to work with nature rather than against it and to be exceptionally responsible in this regard.

“The only interests An Taisce seems hell-bent on safeguarding are those of a chosen few driving what seems to be a very personal vendetta against farmers, the rural economy and a company like Glanbia which has a century-old cooperative roots in every town and village in this region,” said the public representatives.

An Taisce has issued a detailed statement as to why it has taken its position. It insists that its priority is viability.

"Very little of that comment has addressed the substantive issue - the sustainability of an industry that everybody acknowledges as being of great importance and value to Ireland and Irish life.  The arguments have been based solely on the need to maintain jobs and increase growth often without reference to the climate impacts or environmental consequences.

"The request for a judicial review and the subsequent request for an appeal is not a case taken against farmers - it was a case taken for the environment and for the future viability of Irish farming which is currently endangered by planning decisions that are not compliant with our environmental legal obligations.

"Contrary to the thrust of some recent public commentary, An Taisce cares deeply about the viability of Irish rural life. We want Ireland’s agriculture and food sector to be strong and assured long into the future, as the anchor for a vibrant rural economy and society based around family farms that are sustainable and profitable in the medium term.

"In our understanding and judgement of what is possible however, the continued expansion of intensive dairying of the type that is embodied in the proposal for this factory presents an existential threat to that possibility.  In that scenario there will be some (short-term) winners – mainly industrial-scale producers and food processors – and many losers in both the short and the longer term.

"Decision makers and commercial interests in the agriculture and food production sectors must recognise the urgent need to bring Ireland into compliance with its binding national and European legal obligations and frame policy and investment for the future in that context.

"We recognise that we are holding a position that differs from strong and vocal lobby groups who see themselves as having a primary obligation to shareholder and contractual partners. Science supports our position, and we believe that it would lead also to better long-term outcomes for all other partners also," they say.