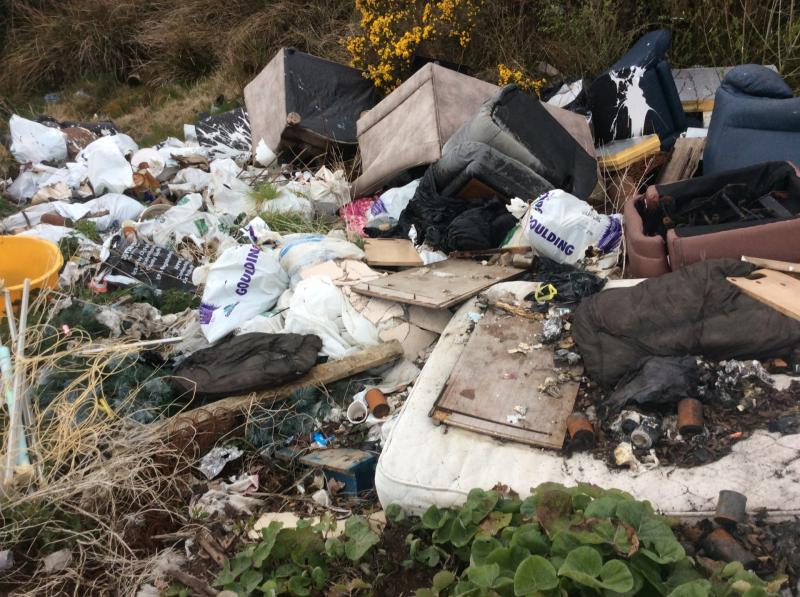 Dumping in bogs around Errill on the Laois Tipperary border

A Laois county councillor has indicated that illegal dumping around his native village could be originating across the county boundary in Tipperary.

Cllr John King was among a number of public representatives in Laois angered at the level of dumping in Laois. The Fine Gael councillor put the spotlight on Tipperary residents when highlighted dumping in three Laois bogs around his native Errill.

Cllr King labelled this behaviour in Garryduff, Lismurragha and Kylehaule bogs as “dreadful” when it raised tabled a motion at the Borris-in-Ossory Mountmellick Municipal District meeting.

“There is one bog in Garryduff and it is a loop road area. Unfortunately, a lot of the dumping is not done by locals. I’m very much aware that we are joined with Tipperary and unfortunately people can go in and dump or leave other personnel on the road to let them know that the road is clear to dump their rubbish as they come out the other side. 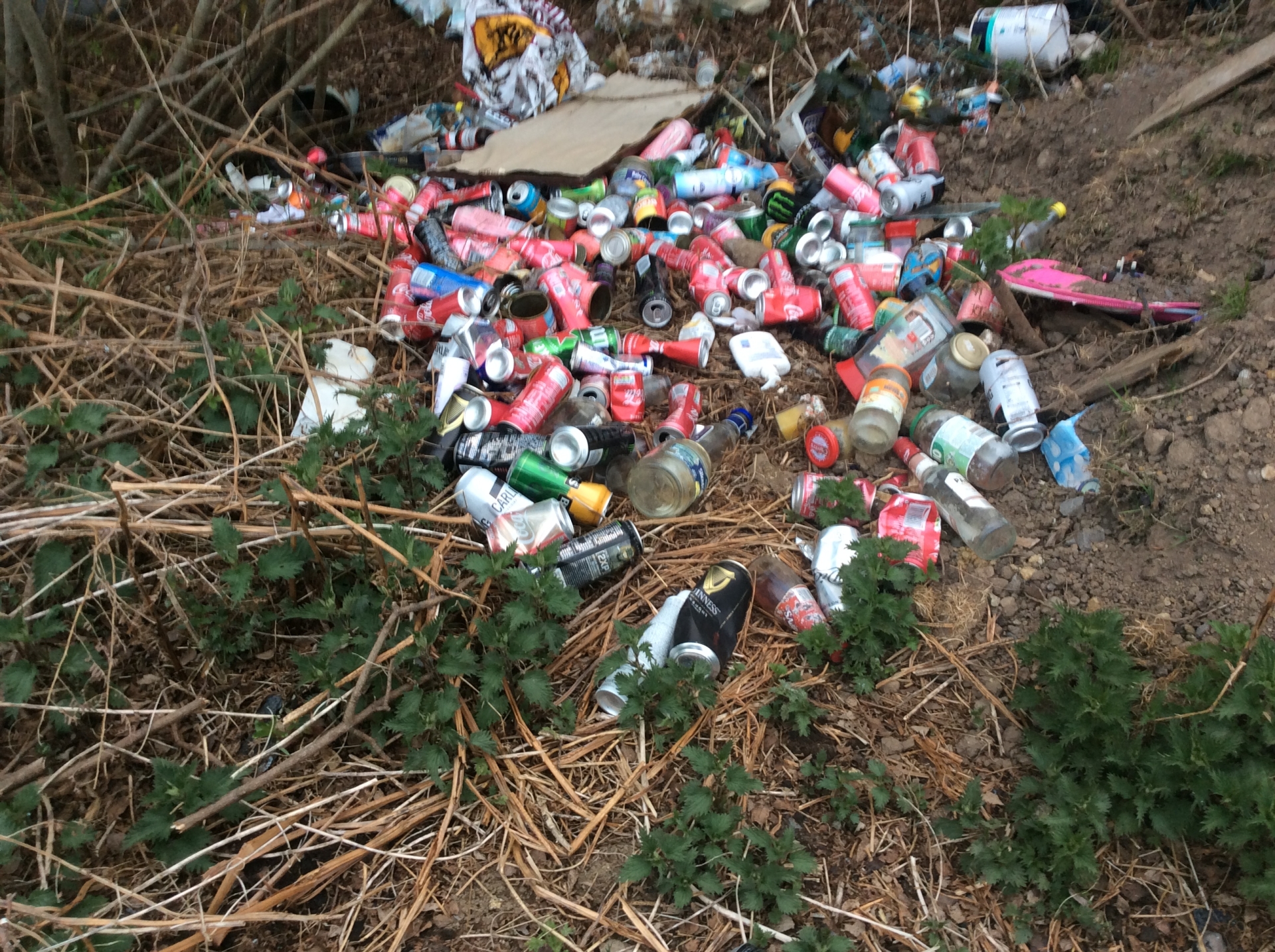 “The dumping in these bogs is a terrible problem. I was called out by the tidy towns to see the scene not too long ago, I visited sites with a team of volunteers who continue to clean up the bogs. The rubbish included asbestos sheets, household furniture such as beds and kitchen appliances, paint cans and building materials,” he said.

Cllr King's motion called on the council to support the Errill Tidy Towns Group in their efforts to deal with the dreadful amount of illegal dumping that is currently ongoing in three bogs around the picturesque village of Errill”.

Cllr King wants an end to the epidemic and demanded various actions.

“We have to put up cameras, gates and signs, and if people are caught on camera they have to be named and shamed, that’s the only way of doing it. Coillte have supplied lorries, trucks and JCBs that were necessary to lift the rubbish, but if we are going to continue letting people off with dumping rubbish in our scenic areas, we are losing the battle,” he said.

“I fully support Cllr King. As we all know, illegal dumping is a scourge in many of our communities and it's spiralling out of control.

“Laois County Council are doing their part, but I think we have to put an end to this for once and for all and send out a clear message to all the people that are dumping all over Laois, that this has to stop and must stop, and people have to be penalised,” said Cllr King. 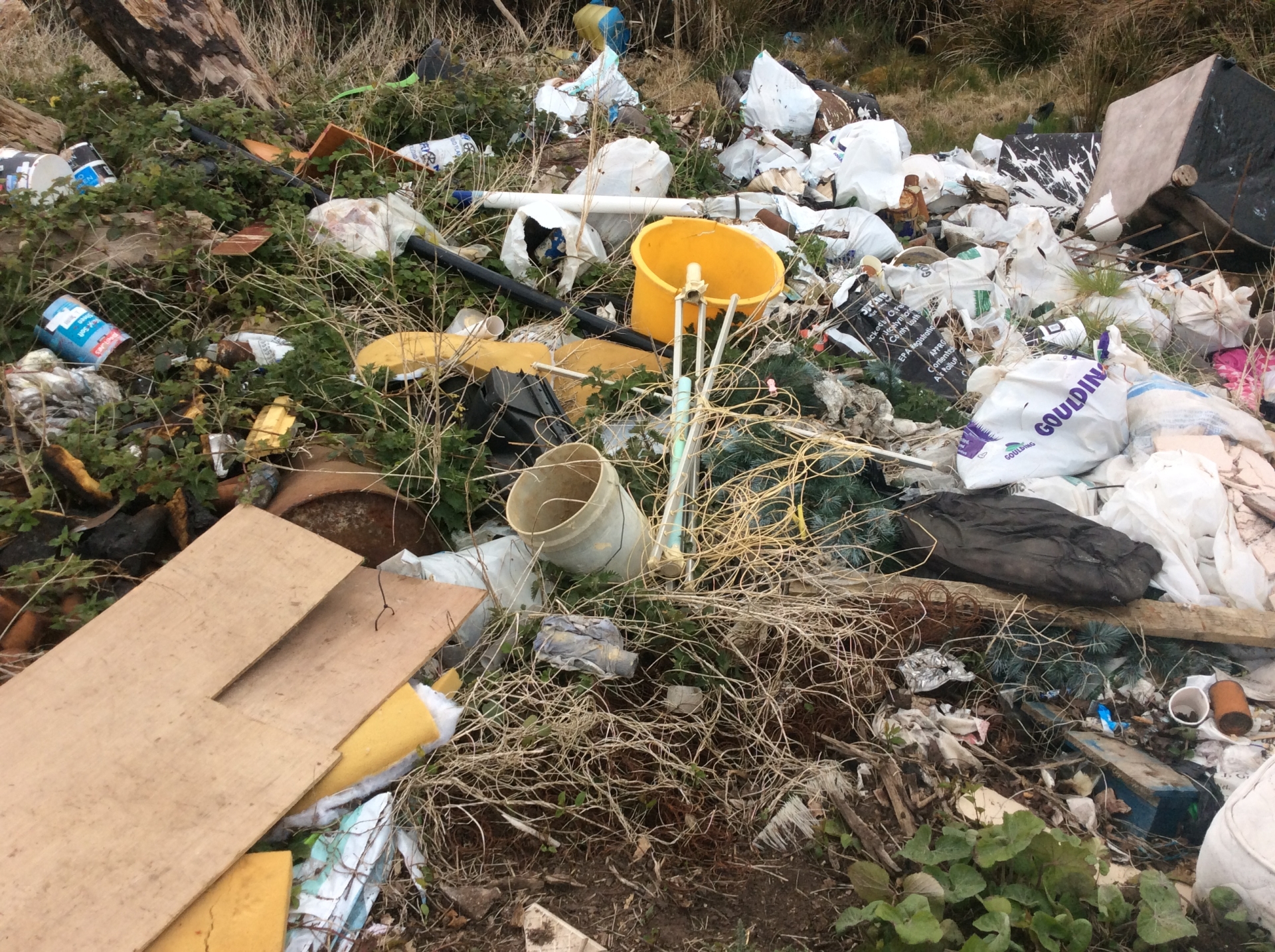 "The problem of illegal dumping has significantly increased this year. The Waste Enforcement Officers and Litter Wardens
are carrying out daily inspections and are cleaning up each of the locations.

"Local groups (Tidy Towns etc.) are also assisting the Council by organising litter picks/cleanups. The Council continues to
provide these groups with gloves/ bags/litter pickers etc. and collects and disposes of the collected waste material.
This will continue.

"The Council has applied for funding under the 2021 Anti-dumping Initiative for a number of cleanups. The
cleanup of bogs is included. The Council will support the Errill Tidy Towns Group with their much appreciated cleanups," he said.