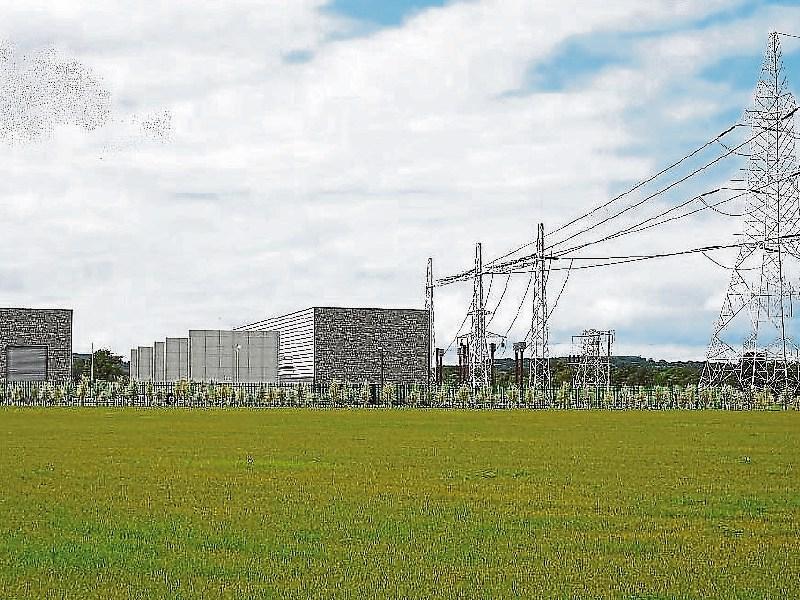 Substation in Coolnabacca is part of a €110 million project

The ESB has confirmed that its staff have been prevented from accessing the substation site in Laois and have also refuted claims made by the group opposing the project.

The State-owned company issued the statement as a blockade continues at the Coolnabacca site.

“ESB Networks can confirm that its crews and contractors were prevented from accessing its site at Coolnabacky near Ratheniska, Co Laois on a number of occasions last week.

“ESB Networks regrets these developments. We recognise that there are some concerns locally relating to the project and to that end has worked over the past number of years to engage with the local community and provide reassurance around the project.

“A comprehensive hydrogeological and hydrological review of the site at the proposed Coolnabacky substation, published in March and available here, found that the proposed development will not impact on local water sources, posing ‘no significant risk’ and corroborating previous studies undertaken on the development,” it said.

The company added that it is accessing the site to undertake works associated with the hydrogeologist’s recommendations, as well as other site enabling works and the Athy-Portlaoise overhead line diversion works.

ESB Networks also insists that these works on essential electricity infrastructure are being carried out entirely in line with Covid-19 protocols.

The statement said the €110m Laois-Kilkenny Reinforcement Project (which was granted planning permission by An Bord Pleanála in 2014 following an Oral Hearing) is a vital upgrade of the electricity system in the Midlands and Southeast. It said the problems relate to the quality of supply across Laois, Carlow, Kildare and Wicklow and a security of supply issue that affects Co Kilkenny.

“They are caused by weaknesses and a lack of reliability on the transmission network across the region as a result of continued growth in demand for electricity. The problems are starting to become critical.

“The project is not being built to facilitate the development of renewable energy projects and no windfarms have applied to connect to the substation in Coolnabacky.

“ESB Networks remains committed to completing this necessary project and at this point will review all options, including legal recourse,” it said.

ESB Networks also said it wants to “strongly refute the untruths” it claims were made by the RTS Group in a press statement.

“In the phone conversation between ESB Networks and an RTS representative, it was reiterated that the project is particularly significant to Portlaoise, where the electricity network will not be sufficient to meet future demand from industry and a growing population.

“To be clear, as part of this phone conversation with RTS Group, it was reiterated that no windfarms have applied to connect to the substation in Coolnabacky.

“There has been an application to connect into the substation from a nearby solar farm. This information on the need for the project and potential future developments – which flowed from the meeting with both CEOs, local TDs and the protest group - was prepared and shared with the group last year, and published online here.

“Arising from engagement with EirGrid and ESB Networks Executives, Irish Rural Link was appointed by ESB Networks in 2019 and their resulting report made five recommendations, engaged with local politicians and the RTS Group, as well as others in the local community. All of these recommendations have now been implemented,” it said.

The company said there is no substance to the claim that the ESB project manager also confirmed that the project would re-commence in the coming week.

“It was pointed out to the RTS Group as part of the phone conversation on Friday 14 May that the works would commence ‘in the coming days’, said the ESB.

The company also addressed claims about the approach taken at the picket line.

“Any suggestion that ESB Networks or contractors ‘forced their way in’ in a ‘heavy-handed way’ is completely inaccurate. To be clear, our staff and contractors mobilised to undertake works associated with the project and were blocked by protestors at the site entrance on a number of occasions last week.

“Our staff withdrew in order to ensure no road safety issues ensued as a result of our vehicles being prevented from entering our site. There is no question of forced entry to the site.

“To confirm, ESB Networks is not using any security staff on site. ESB Networks staff as well as those of our contractor attempted access on a number of occasions.

“Our use of CCTV is as documented on the vehicle and in line with all data protection and GDPR legislation. It is being used to assure the safety of our staff and members of the public.”