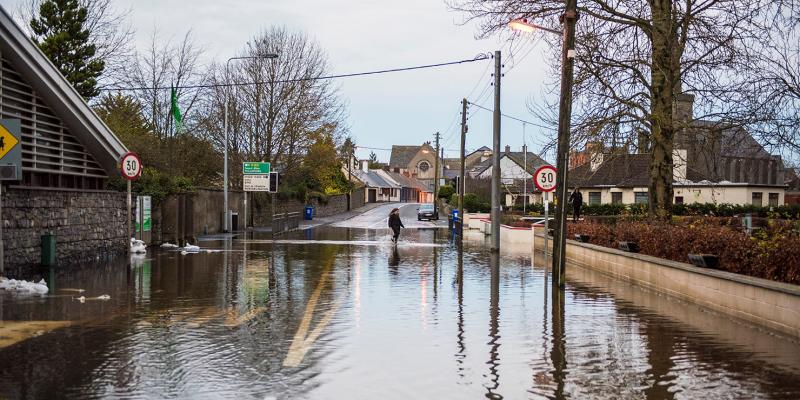 Would a mini-canal help the flood-hit Mountmellick? Photos: Denis Byrne

A councillor wants Laois County Council to start looking at EU models and projects to tackle problems and bring new ideas to how issues are dealt with in urban and rural areas.

Cllr Moran raised the Room for the River project at a recent meeting with officials.

The key of the Room for the River approach is to restore the river’s natural flood plain in places where it is least harmful in order to protect areas.

“A few years ago they had to evacuate 100,000 people from one town because the water levels came up,” she told the Portarlington Graiguecullen Municipal District meeting.

“Where it's flooding they built little canal beside the river to take away a lot of the excess water. The new canal could also be used for activities like kayaking, boating, swimming. The area (between the river and canal) is a recreational area like the park,” she said.

She said this could be considered for Mountmellick but also east Laois where the River Barrow floods large tracts of land.

Cllr Moran also suggested to the meeting that the local authority investigate the URBACT project’s potential for Laois.

Cllr Moran said authorities in Athy, Naas and Kilkenny have engaged with the URBACT project previously.

“It’s been very successful,” she said.