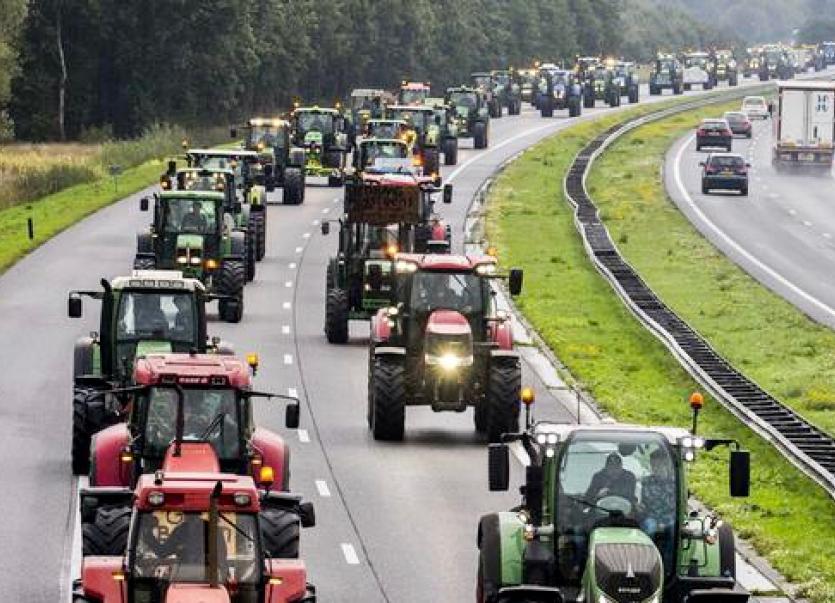 Portlaoise is among the towns on the IFA list of a nationwide Day of Action in protest which will focus on the implications of the new EU deal for farmers and the impact of climate change actions on agriculture.

Farmers in each of the 29 County Executives will hold a rally at 11 am to highlight the importance of the farming and agri-food sector to the rural economy.

The tractors are due to gather in Cllr Willie Aird's field. No rally is scheduled due to the Covid-19 restrictions.

It's expected the farmers will descend on the towns in their tractors. The cavalcade will pass close to the Department of Agriculture Office in Portlaoise as well as making its presence felt at all the big supermarket chains in the town.

IFA President Tim Cullinan said critical decisions are imminent which will have far-reaching implications for the sector.

“The shape of the next CAP and the Climate Action Bill will have significant repercussions for farming. We need policies that support commercial farming into the future,” he said.

The list of towns where protests will be mounted is as follows: