Gardaí reveal the route of protest in the town 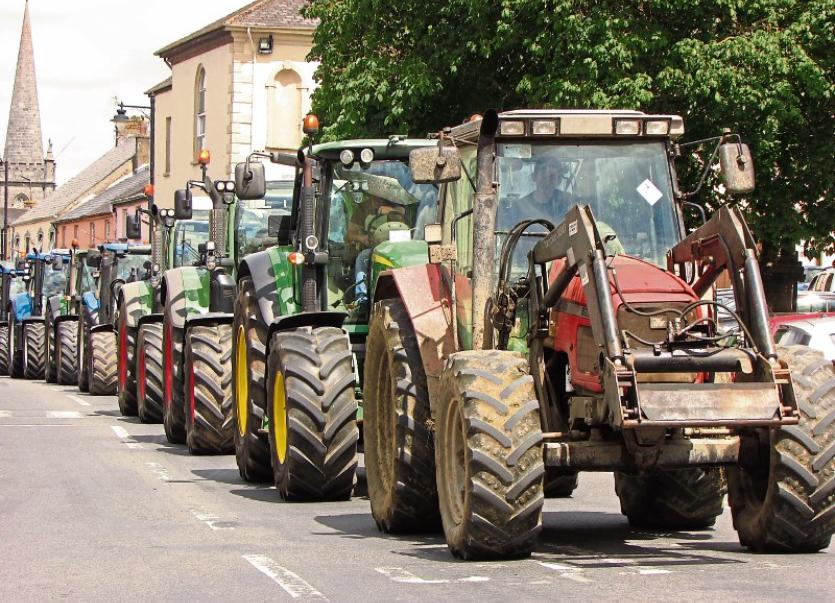 Laois IFA will hold a rally tomorrow to highlight the importance of commercial farming to the rural economy.

Laois Gardaí have alerted the public to the potential for traffic to be disrupted and possible delays in Portlaoise on Friday.

The gardaí advise the public to plan any journeys in Portlaoise during the morning to avoid the town centre due to a protest by farmers on June 11.

A garda spokesperson said that while gardaí will be on duty to ensure traffic should not be severely disrupted, they ask that the public be aware of the route of the demonstration which will involve a tractor convoy and could cause delays.

Gardaí have been informed that the tractors will depart from Fr Browne Avenue opposite O'Moore Park at 11 am. The vehicles will travel along the Abbeyleix Road before turning right at the Abbeyleix Road Roundabout onto James Fintan Lalor Avenue.

From there the cavalcade will move along JFL Avenue to the Timahoe Road roundabout where it will turn right onto the Timahoe road. The tractors then plan to turn right into the Kylekiproe area where the protest pass the towns main supermarkets.

The convoy will rejoin the JFL Avenue at the county hall / Supermacs junction and then make its way back out the Abbeyleix Road where the vehicles will disperse.

Gardaí have been told that about 50 vehicles will be taking part but the exact number will not be known until the farmers converge on the town.

The Laois protest is one of many planned by Laois IFA this Friday around Ireland.

To comply with Covid-19 social distancing guidelines the IFA has told the Gardaí that no rally is planned by the farmers where speeches will be made.