Farmers at risk due to black grass in wildflower seed mixes 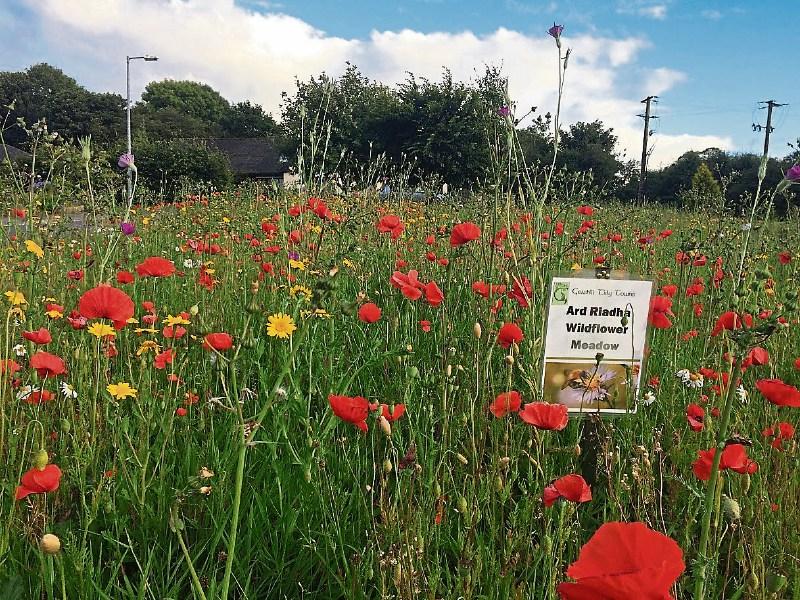 Advice from Laois council's nature and heritage expert that wildflowers should only be planted in pots is welcome but not realisitic according to a councillor who is worried about the losses farmers are facing due to black grass.

Cllr Paschal McEvoy called on Laois County Council to warning the public of the danger of Black Grass seeds found in
wildflower seeds when he tabled a motion at a recent meeting.

"The advice on wildflowers from the Laois Heritage Office, in line with the National Biodiversity Data Centre and the All-Ireland Pollinator Plan is that wildflower seeds should not be planted outside of garden patio pots.

"By simply reducing mowing, amazing wildflowers like Dandelion, Clovers, Self-heal and Bird’s-foot-trefoil will occur naturally year after year at no cost.

"These common flowers provide the nutrients our insects need. By returning pockets of natural grassland meadows and verges, no matter how tiny, the collective benefit to wildlife is enormous. They’re a long-term and sustainable solution to the biodiversity crisis. MORE BELOW LINK.

Go wild in the garden this summer with wildflowers

In her Gardening Conundrums column, Lynn O’Keeffe explores the journey to establishing your wildflower patch

"It’s tempting to plant what we humans like to look at, rather than doing what our declining pollinators actually need.
Most wildflower seeds are imported from other countries and are not native. There is a huge risk of accidentally bringing in pest species like Black grass that, if spread, would be devastating to the Irish agricultural industry. If individuals or groups decide to buy wildflower seed, it should be sourced carefully, and should only ever be planted in a garden and not in the wider landscape. It’s a colourful ‘horticultural action’, it’s not a ‘biodiversity action’.

"In our lawns, verges, towns, villages, and parks, we can help bees and biodiversity by not planting wildflower seed. Instead, we can reduce mowing and allow our beautiful natural Irish meadows to return with native flowers that are meant to be there, without the risk of importing pest species. For those who really want to plant wildflower seeds, “Pots for Pollinators” is a new
initiative with NBFC approval to encourage them to do this in a safe and effective way – leaflet is attached.

"Laois County Council has now formally signed up as a partner in the All Ireland Pollinator Plan and we look forward to
working with Elected Members and Communities in rolling out actions that will benefit pollinators and all
biodiversity," she concluded. MORE BELOW LINK.

WATCH: Beware of wildflower mixes as you might get more than you paid for

Cllr Paschal McEvoy welcomed what he described as comprehensive response but added it may not reflect what people are doing.

"Part of the wildflower seed is the blackgrass which devastates barley and wheat. If it gets in you have to destroy the whole crop...It is going to be a disaster for farmers if it gets into crops," he said.

"In fairness to Catherine Casey, while it is a fair reply but it is telling us not to buy wildflower seed but that is not what is happening," he said.

He suspected that blackgrass is being planted along motorways and in parks. He appealed to anybody who is considering buying wildflower seeds to ensure the packets do not include blackgrass.

Cllr PJ Kelly added his voice of concern. A farmer, he said blackgrass is a noxious weed that has to be sprayed and left fallow to get rid of it. He welcomed the fact that the council uses homegrown seeds.

Cllr Aidan Mullins said the reply was education and he called for an awareness campaign from the council to flag the dangers.