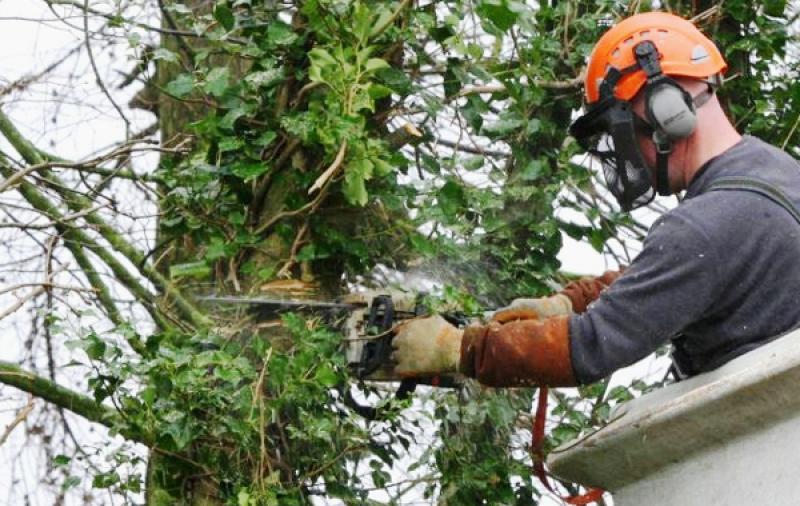 Dangerous trees should be cut down and any red tape delaying this should be cut through to accelerate removal, Laois county councillors have demanded.

The nearly unanimous view of public representatives, some of whom are in parties that share power with the Greens, was also that 'people are more important than trees'.

He tabled a motion calling on Laois County Council to contact the landowner at Johnstown Glebe near Belady cemetery in Rathdowney. He claims trees pose a risk to life of those visiting the graves of friends and relatives.

Cllr King wants the trimming and removal of what he claimed were “dangerous decaying trees”. He said the are a serious danger and could result in "loss of life” to people walking this road on the way to the cemetery.

He wanted to know what action the council will take.

“We don't seem to be doing anything about it and the landowners are not willing to play their part. People are more important than trees...I don’t see why we put trees before people,” he said.

He insisted that trees beside roads must be made safe. He called for a survey and the council to seek powers to fell the trees if the landowner refuses to act.

Cllr James Kelly, Independent, gave his full support. He said he was familiar with the area and said it is busy cemetery.

“Some of those trees would look good in the horror movie. They are so decayed that they shouldn't be there at all,” he said.

He also wanted to know what could be done by the council to force the issue.

“If we can CPO a house we can do something for trees that are very dangerous,” he said.

Cllr Ollie Clooney, Independent, added his voice to the call for action.

“I think human beings are more important than trees,” he said.

Cllr Clooney said there are problems in his area of Laois.

“We have big beech trees. If there is a storm, one or two will always fall. It's a miracle that it hasn't caused a fatality. So what is the price of a life? If the trees are dangerous, we should cut through the red tape. If the owner does not want to remove them the council should,” he said. More below link.

Edmund Kenny Senior Executive Engineer said Laois County Council will arrange to meet the Cllr King at the site to assess the impact of the trees on the public road.

Director of Services Donal Brennan said a cautious approach would be taken because the property owner has rights. However, he said notices to act can be issued after engineering assesses the situation. He added that there are provisions for trees that overhang roads.