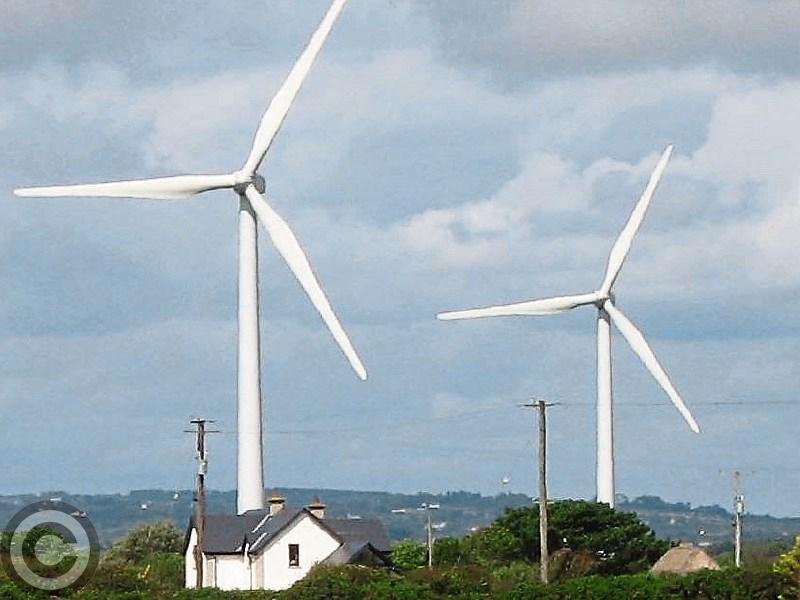 A decade of questions has resulted in no answers from Governments on what guidelines wind power companies must comply what according to a Laois Offaly TD who is expecting the two counties to be Ireland's 'wind turbine capital'.

Sinn Féin TD Brian Stanley issued a statment in which he says he raised the need for regulations to protect rural dwellers in Laois and Offaly where large wind farms are being built.

He tackled Taoisoeach Micheál Martin in the Dáil who joins the long list of Government politicians Deputy Stanley says he has tried to get answers from.

“I wish to raise with the Taoiseach the fact that massive wind turbines are still being built across the country. They are up to 600 ft in height and are being built on sites very close to dwellings. They are being built using outdated 2006 guidelines that were designed to cover small turbines of less than 50 m in height.

"The way things are going; the Laois and Offaly area will soon become the wind turbine capital of the country. That is not an argument against wind turbines or wind energy.

“I have been chasing the issue for ten years with five Ministers and three Governments. There are still no guidelines or protection for rural dwellers.

"I brought forward two Bills on wind turbine regulation. I asked members of the Taoiseach's party to support them in the House.

"Only last week I received a reply to a parliamentary question that I submitted on the issue, which could have been written eight years ago. It stated: "My Department is endeavouring to finalise and publish revised Guidelines as quickly as possible."

“The problem is that the Government is closing the barn door when the horse has bolted," he told the Fianna Fáil leader.

"We saw what happened with Wild West-style development with housing and we are still dealing with the economic consequences of that. I appeal to the Taoiseach to ensure that wind turbine guidelines and regulations are put in place. When will we see that being delivered?”

In reply, the Taoiseach tod the Dáil: “I have spoken to the Minister on the matter. I understand that they are being prepared and finalised. The Minister stated that he expects to have them-----

Deputy Stanley interrupted: "They have had eight years.”

Before Taoiseach Michael Martin concluded: “I know well. That is why I asked the Minister and checked up on where they were. He said they are being finalised.”