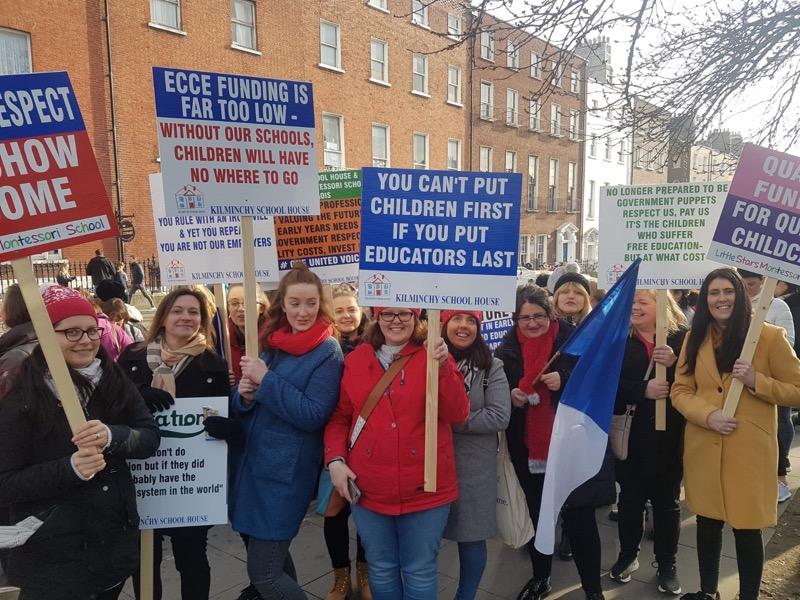 Local Sinn Féin TD Brian Stanley has warned that the government is continuing to fail families through its ongoing failure to address skyrocketing childcare fees despite being in power for a year.

“Childcare costs in Laois/Offaly are far too high and are simply unaffordable for families on ordinary incomes. The government needs to properly fund the sector, so that childcare fees will go down and families’ will get a much-needed break," he said.

Dep Stanley said a year since FF/FG/Greens agreed their deal childcare fees have  risen even further.

“This failure is letting down families here in Laois/Offaly who are faced with average monthly fees of €752 in Offaly and €747 in Laois per child. This compares with €918 in Dublin City and €651 in Co Monaghan. Families with more than one child in full time childcare must meet an even more significant financial burden on a monthly basis. Families urgently need childcare fees to go down.

"Parents here in the Midlands are struggling to cope with skyrocketing childcare fees and change needs to happen urgently," said the Laois Offaly poll topper.

"The Government has dismally failed working parents who need affordable childcare in their first year. Families are crying out for this crisis to be addressed, but the Government isn’t listening.

"The consequences of this childcare crisis are clear. Many parents want to return to work but cannot afford to and so leave their jobs or reduce their hours to stay at home with their children instead. This particularly affects women, who often feel forced to drop out of the workforce and this deepens inequality in our society," he said.

Dep Stanley said Sinn Féin would prioritise tackling the cost of childcare and subsidise the cost of staff wages. He added that this would be a crucial investment in our children’s futures.

"Childcare should be affordable and it should be accessible locally. It’s a place where children go to learn, develop and grow – that’s why it’s vital we get it right.

"As they mark one year of being in government, the coalition marks a year of failing to act on the childcare crisis. There can be no more delays. They must act and reduce childcare fees to give families a much-needed break," he said.