Fastrack bypass of Laois and other councils is slowing housing 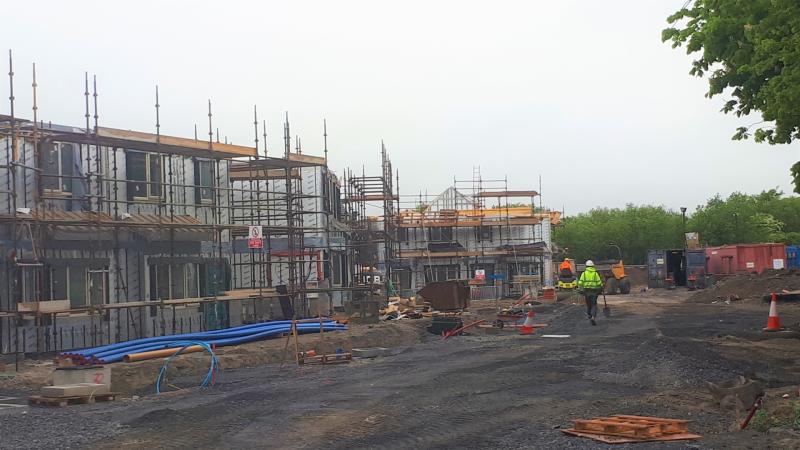 A new system designed to speed up planning applications for houses to help tackle the housing crisis is now slowing the delivery of new homes down according to a Laois Offaly TD.

Speaking in the Dáil on the Planning and Development Bill 2021, Local Sinn Féin TD Brian Stanley raised what he said was the bypassing of Laois and other county councils in favour of the submission of applications to An Bord Pleanála.

He said it is another example of big problems in the planning process which is not helped by sidelining local authorities.

"Local authority County Development Plans must be the primary document as Councils are democratically elected and accountable to the local community.

"It is frustrating to see their authority being diminished and their powers bypassed over time as key decisions are transferred to An Bord Pleanála.

"From my work with the Public Accounts Committee, we have evidence that An Bord Pleanála is inundated with planning applications, particularly around Strategic Housing Developments (SHD’s) and judicial reviews which are causing substantial delays," he said.

He asked: “We need to ask why applications with over 100 units are being diverted to An Bord Pleanála, where they can take over a year for approval when local authorities can sign off on them in less than two months?"

Dep Stanley said there is proof the new system is not achieving what it set out to do.

"The evidence shows that there are major backlogs in the planning application process at a time in which we need desperately to free up more land for housing," he said.

The TD added that more land must be made available for private, social and affordable housing and the current rate of progress is just too slow.