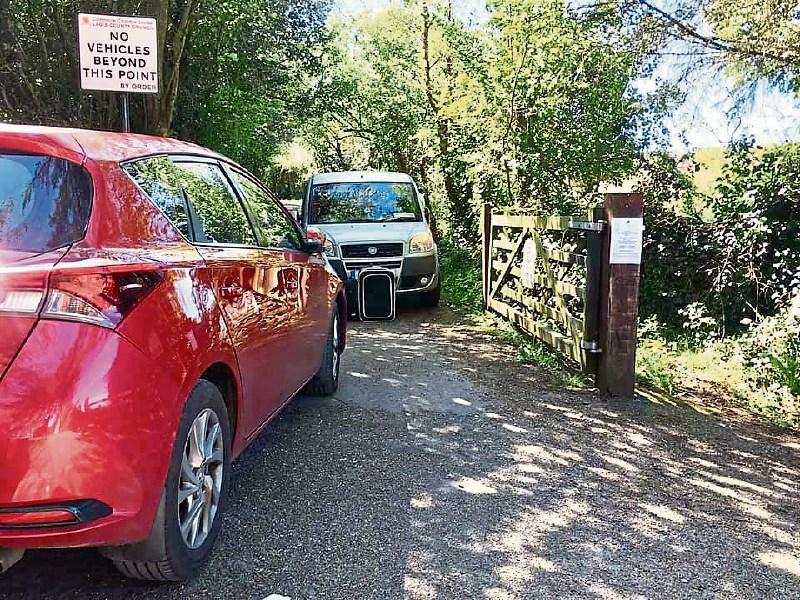 Chronic parking problems at a Laois scenic amenity in the Slieve Bloom Mountains could take "some time" to sort out because of the degree of environmental legal obligations Laois County Council must meet before adding more spaces.

The cautionary progress update on the Glenbarrow Falls in the Laois Offaly range was provided to a councillor who has called on the Council to detail the State agencies involved. He said all must work with the council to develop more car parking spaces at the location which has grown more popular with day-trippers during the pandemic.

Cllr James Kelly said an environmental report had to be prepared on the plan to a number of agencies.

He asked: “Who are these statutory bodies and where are we at?"

He and other council members were told earlier in 2021 that the State-owned forestry company Coillte has offered land for additional car parking. They were advised that any development would be subject to environmental impact assessment due to the fact that it is in a Special Area of Conservation.

Cllr Kelly said the parking problems, which have delayed emergency services in the past and caused gardaí to intervene, have not gone away.

“It is still a serious problem up there,” he said.

“There still are serious issues at Glenbarrow that still haven’t been resolved,” he said.

However, he reminded the councillors that the statutory processes will take "some time" to complete before work could begin.

He committed to getting more information on the process for the councillors at their July meeting.

PICTURE SPECIAL: Goodbye to the Laois Class of 2021