Nearly 100 houses back on the table for Portlaoise site 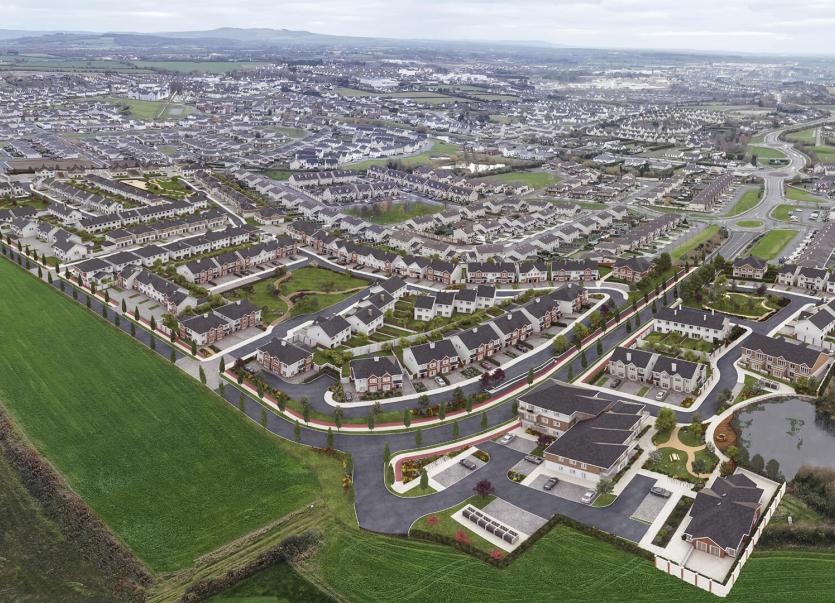 Plan for a huge estate in Portlaoise at Rathevan was withdrawn in 2020.

A Laois developer has got the ball rolling on new housing estate in Portlaoise which would see nearly 100 homes built.

A much bigger development involving Thomas Kelly & Sons Group for Rathevan was withdrawn in 2020. An application to build 262 residential units was made to An Bord Pleanála in the soon to be scrapped Strategic Housing Development process designed to fast-track the building of new homes.

This new project involves the building of 99 residential units a crech and amenity space and associated site works.

The builders say a total area of 0.4 hectares is provided for open space which equates to 12% of the site area with a multi-use games area.

A new distributor road will be built to adjoining the existing Rathevan link road at the north west of the site (with potential future link provided to the Portlaoise Northern Orbital Route).

Cycle lanes and a future bus corridor are also included.

The crèche will have seven spaces.

The developers have also told the council Natura Impact Statement has been prepared and is included with the application.

The site, which appears to occupy less space then 2020 project, is located off the Borris Road and borders Rathevan, Rossdarragh, the big Kilminchy estate while there are many other estates and standalone houses located nearby. The town's main secondary school campus is located a short distance from the site.

Laois County Council listed nearly 40 objections from residents living nearby to the bigger project in a submission by the CEO to An Board Pleanála in 2020. There was a lot of local opposition among public representatives.

Laois County Council's management conditionally endorsed the original project saying that there is 'clear evidence that demand for housing needs to be accommodated'. It also said the plan would help Portlaoise reach its housing target.

Substantial resources were invested into the original plans including a purpose built website.