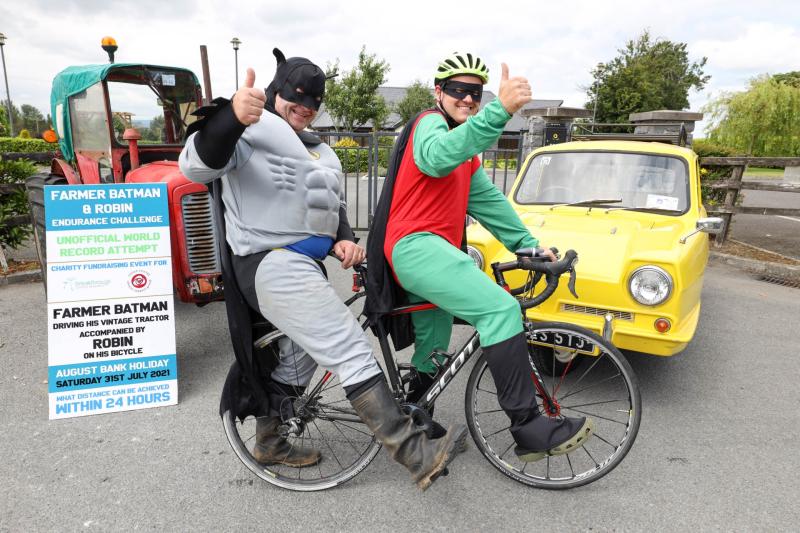 Patrick Kelly (Batman) and Mark Sythes (Robin) at the Cuisle Centre in Portlaoise preparing for their challenge. Photo: Alf Harvey.

Castletown farmer Patrick Kelly and his friend Mark Sythes will be attempting to break a Guinness World Record in aid of cancer research and support.

The pair will be donning their Batman and Robin costumes where Batman will drive a tractor for 24 hours, with Robin in tow on a bike.

The aim is to raise as much money as possible for Breakthrough Cancer Research and the Laois-based Cuisle Centre in Portlaoise on Saturday, July 31.

"I've been fundraising the last five years for cancer research," said Patrick. "My Mam passed away from cervical cancer and that's what started this journey".

Patrick's step-daughter is ten years cancer free this year, which coincides with his mother's five year anniversary, which he says prompted him to do something different. 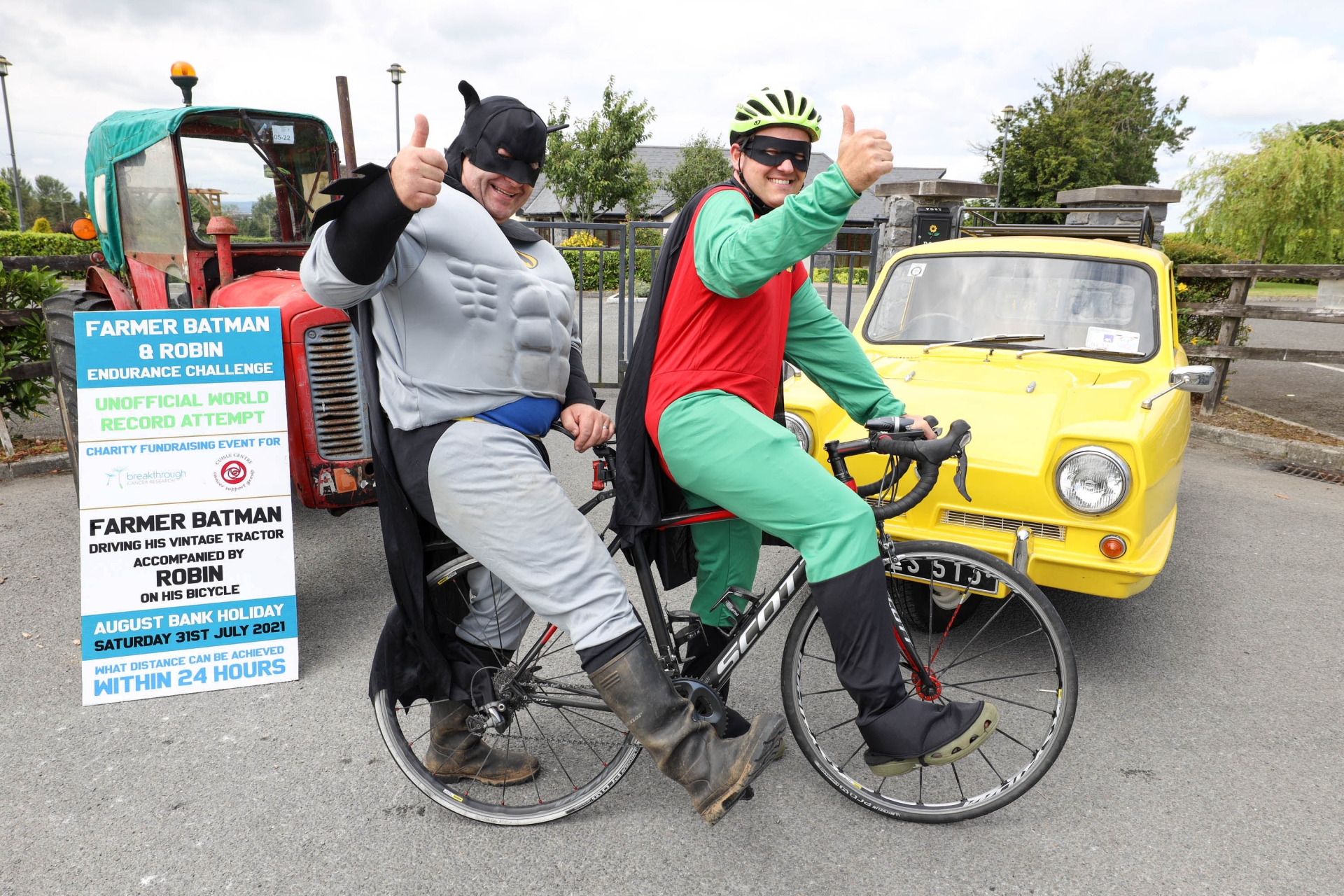 "I spoke with Mark about it and he came up with the 'Farmer Batman and Robin Endurance Challenge'," Patrick said.

The record the pair are attempting to break is the longest distance within 24 hours in a vintage tractor while wearing a costume.

"The hardest thing I've ever had to do was break the news to my Mam that the treatment didn't work, that she had two weeks to live," said Patrick.

"That's when I vowed to raise money for cancer research, so that families won't have to break news like that. I want to do it in my Mam's memory".

"Covid-19 has seriously impacted the treatment of cancer. Doctors appointments have been delayed, treatments have been postponed and people are afraid to go to doctors surgeries," he explained.

"If we can raise enough money to help scientists, hopefully someday we can have a cure".

The pair of superhero and sidekick will launch the 'Farmer Batman and Robin Endurance Challenge' at the Cuisle Centre Portlaoise, at 9am on Saturday, July 31.

You can donate to their cause here. 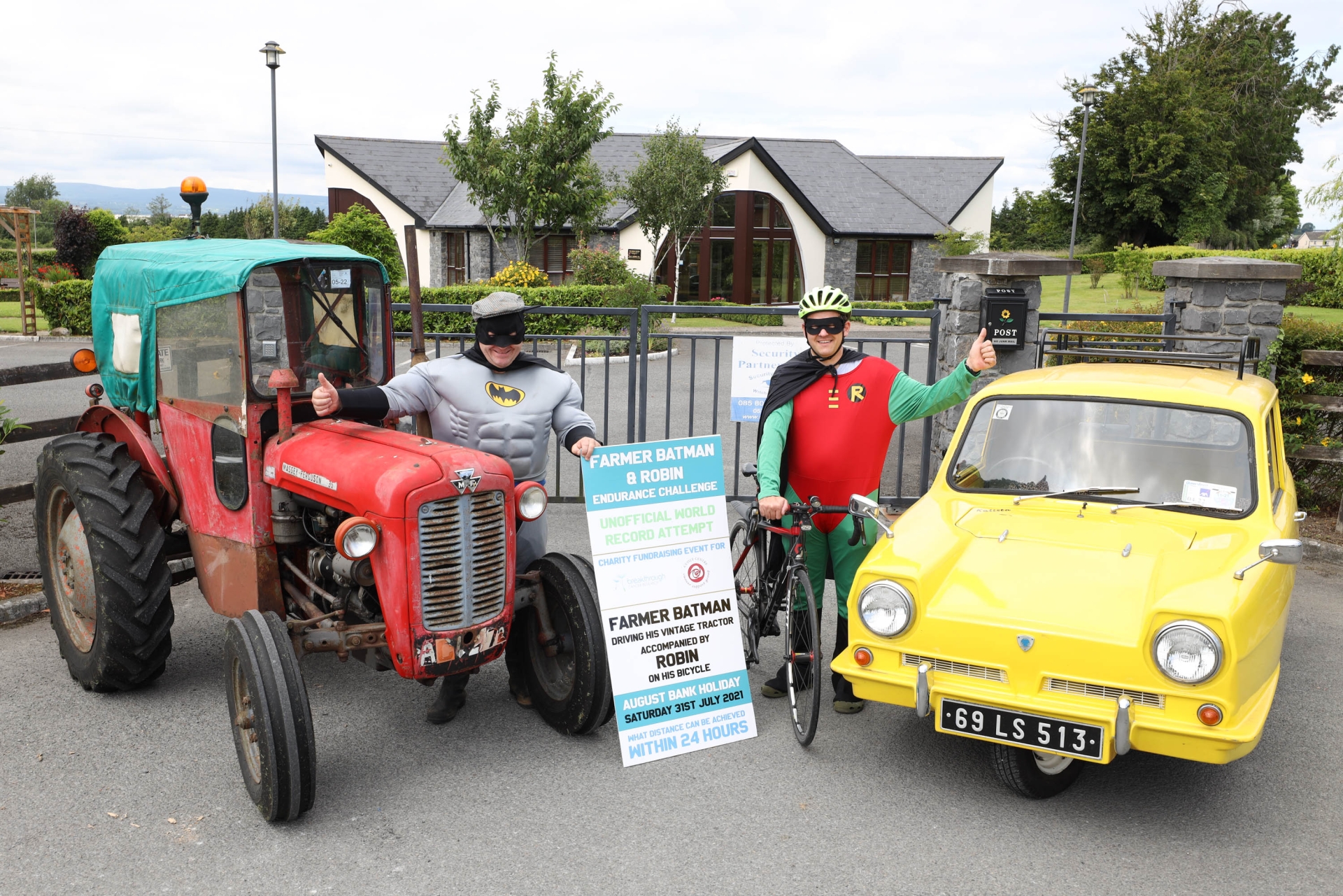