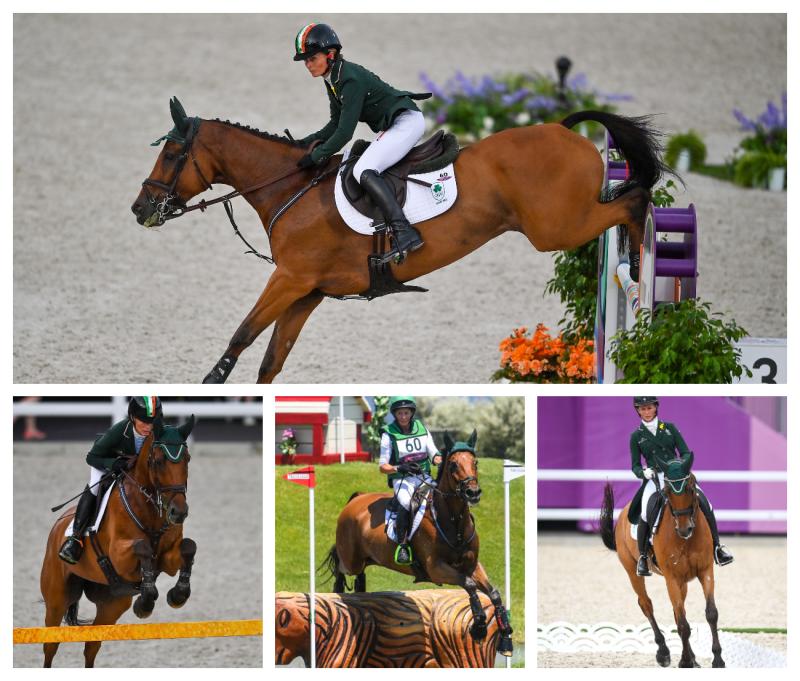 A horse born, bred and owned in Laois was on the Irish team competing in the Olympics in Tokyo.

Horseware Woodcourt Garrison, ridden by Sarah Ennis, was part of the Irish team which finished in ten place in the grueling Three-Day Eventing in Japan.

Bred by Patrick J Kearns at his stud farm in Mountmellick. It is owned by another horse woman from Laois Breda Kennedy.

The horse's rider was delighted with his final performance in the showjumping element which also includes Dressage and Cross country.

The performance saw Sarah and her Laois horse finish in 36th place. But the Irish team was placed 8th out of 25 teams from right around the world in the team event.

“I am proud of him,” Ennis beamed. “He was so obedient. He waited and he moved. It was one of his nicer rounds.”

Horseware Woodcourt Garrison is a 2009 gelding by Garrison Royal (ISH) out of Davitt Star (ISH).

Patrick kept things totally locally when it came finding the stallion to breed an Olympic horse. The stallion Garrison Royale stood with Charlie Patterson in Erill in south Laois and is the Olympian's dad - so to speak.

When it came to selling, Patrick didn't have to go to far to find the right owner.

Breda Kennedy, also a breeder, raised the horse from a foal at her yard between Stradbally and Timahoe, where she has 10 boxes.

The name of her house Woodcourt was even ued when naming the horse - the animal is called Tyson at home in Laois.

"A horse of a lifetime," is how Breda described her gelding to the Irish Field before the Olympics. She travelled to Tokyo for the Games like she has travelled everywhere with him. "It’s a once in a lifetime trip".