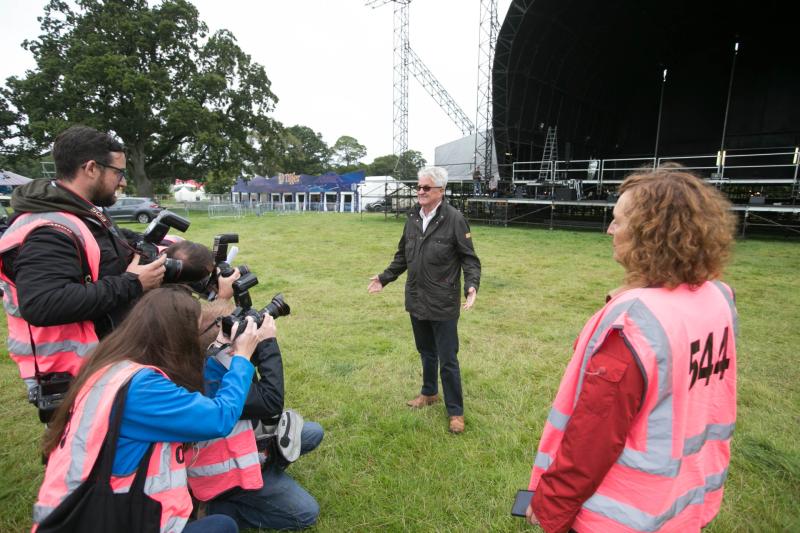 The Electric Picnic's chief organiser is working on the basis that the festival is going ahead in Laois because nobody has told him otherwise.

Melvin Benn  is the Managing Director of Festival Republic which is due to take place in Stradbally at the end of September. The event has yet to get a licence nor has it the Government's blessing.

Speaking in Laois last week, the Minister for Health Stephen Donnelly said it was not likely to proceed. But speaking on RTÉ's News at One, Mr Benn was bullish.

"(I am)100% fully expecting the Electric Picnic to be going ahead on the basis (that) 100% nobody has told me I won't be able to," he said in an interview on August 2.

While current guidelines state that a limit of 500 people is in place for venues with capacity greater than 5,000, 40,000 are due to be allowed to attend the All-Ireland finals which take place before the Picnic.

Mr Benn and co have licence application lodged with Laois County Council for a 70,000 event. The application was lodged in April revised in early June. It says the a Covid-19 management plan would be agreed with health authorities under the guidelines that apply when the event taking place.

Mr Benn reiterated a view already expressed in a letter to Government that it could proceed.

"Because I very actively believe that the Electric Picnic will take place and I say that because I can't see any reason at this point in time why it wouldn't take place at the end of September. We are two months away from it," he added.

There is resistance among residents in host town Stradbally to it happening while all  councillors in Laois oppose it taking place.

Just 14 submission were made to Laois County Council which does not have to reach a decision until four weeks before the event is held.

The Government is backing the Electric Picnic's sister event which is scheduled to proceed.

The Ploughing Championships which were due to be held in nearby Ratheniska at the end of September were cancelled due to uncertainty surrounding restrictions.