‘We owe a huge debt to Marty Rohan’ 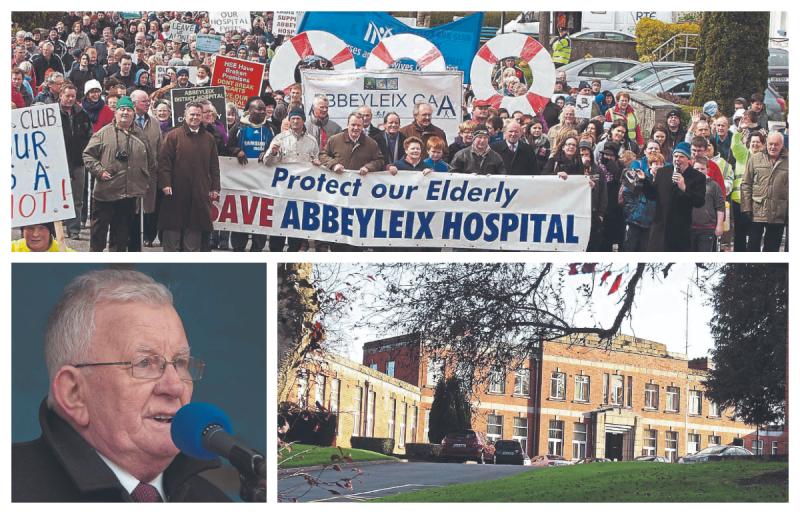 Marty Rohan was a tireless and committed community representative.

It was through his involvement with the Friends of Abbeyleix Hospital that Marty contacted me in November 2011 when the HSE foolishly decided to close both Abbeyleix District Hospital and Saint Brigid’s Hospital in Shaen, Portlaoise on spurious grounds that amounted to short term cost savings.

Marty asked that a public meeting be arranged in Abbeyleix Manor Hotel. To say that the meeting was well attended would be an understatement as many people had to listen from the corridor as the main function room was full.

Marty spoke very passionately about the need for the local community of South Laois to stand up for the essential elderly care facility. That meeting saw the formation of Abbeyleix and District Hospital Action Committee which spent the following years seeking the reversal of the decision.

Marty was a key figure in the organisation of two very well attended public marches. He also helped along with our TD’s and elected representatives in arranging a meeting in Dáil Eireann with then Minister for Health James Reilly and representatives from the HSE.

Minister Reilly promised to “shine a bright light” on the background to the decision to close Abbeyleix Hospital and tasked the HSE to provide the information which had been used to support that decision. Minister Reilly and Minister for Older People

Kathleen Lynch subsequently visited Abbeyleix Hospital to see the facility for themselves.

Separately, three very brave elderly patients, Maureen Delaney (89), Bridget O' Neill (92) and Catherine Kelly (93) took an action to the High Court and the decision was set aside and Department of Health and the HSE were ordered to conduct a root-and-branch consultation process to engage with patients and families and all stakeholders to inform a reliable decision on the future of Abbeyleix Hospital.

Marty as Vice-Chairman of the Abbeyleix and District Hospital Action Committee contributed to a very comprehensive submission to show how the facility could be expanded to provide long-term care as well as step-down beds.

No decision ensued but thanks to the continuous pressure put on the HSE a reversal in policy emerged. Again Marty continued as a community representative in the Abbeyleix Community Nursing Unit Site Development Steering Group from its inception in 2019 up until last year.

Currently the works to deliver the first 10 new rooms are underway and the refurbishment and expansion plan is being implemented.

It is to Marty Rohan’s credit that the call went out to the community of south Laois to rally around to stop the closure of a key piece of our social infrastructure.

We owe a huge debt of gratitude to Marty for his tireless work with The Friends of Abbeyleix Hospital, Abbeyleix and District Hospital Action Committee and latterly with Abbeyleix Community Nursing Unit Site Development Steering Group in securing its future.

Marty’s commitment was steadfast and unflinching and we will all miss his tenacity in securing the right outcome.