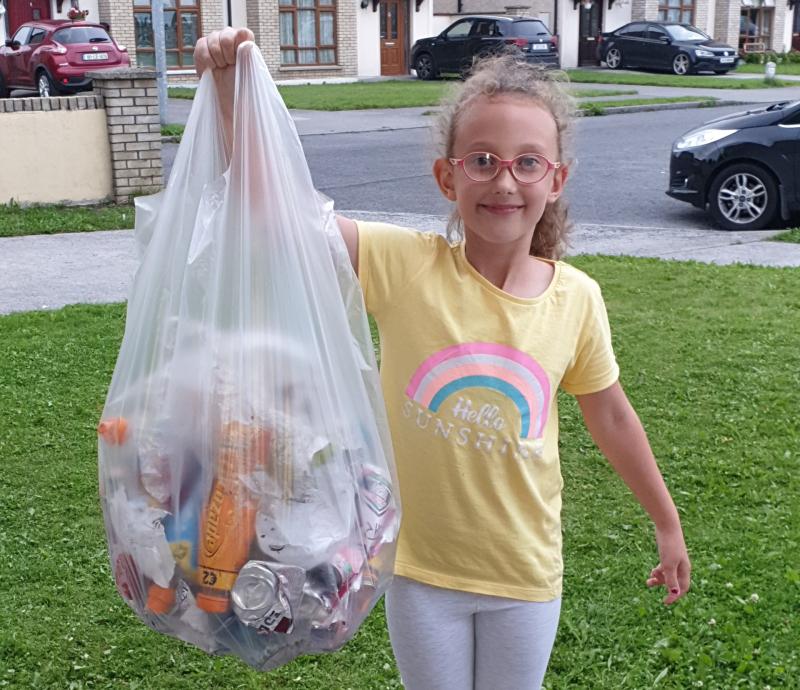 Ariella Murphy with the rubbish she gathered in her Mountmellick estate.

A little Laois girl who has been educated about the environment in her school, decided to do something about litter in the area where she lives this week.

Ariella Murphy, 8, is from Grange Hall in Mountmellick where she goes to school in St Joseph's Girls NS.

She had been standing in the estate waiting while her nanny Rosaleen Borrowman chatted to a friend, she told the Leinster Express.

"My estate is all clean but when my nanny was talking I though they would be speaking for 10 minutes. I saw cans and rubbish and plastic and I decided to bundle it all together. I noticed that I hadn't got a bag so I went home and got a bag and put it all into the bin. My heart felt very happy then," Ariella said.

Her nanny and mother are so proud of her action.

"She is a very thoughtful child, she's very good, I was very proud when I saw what she had done," said Rosaleen.

Her mother Jennifer Murphy also gave her reaction to the Leinster Express.

"Completely unprompted, she took a bag and started collecting the rubbish. I was shocked to see her take this upon herself but also incredibly proud of her," she said. 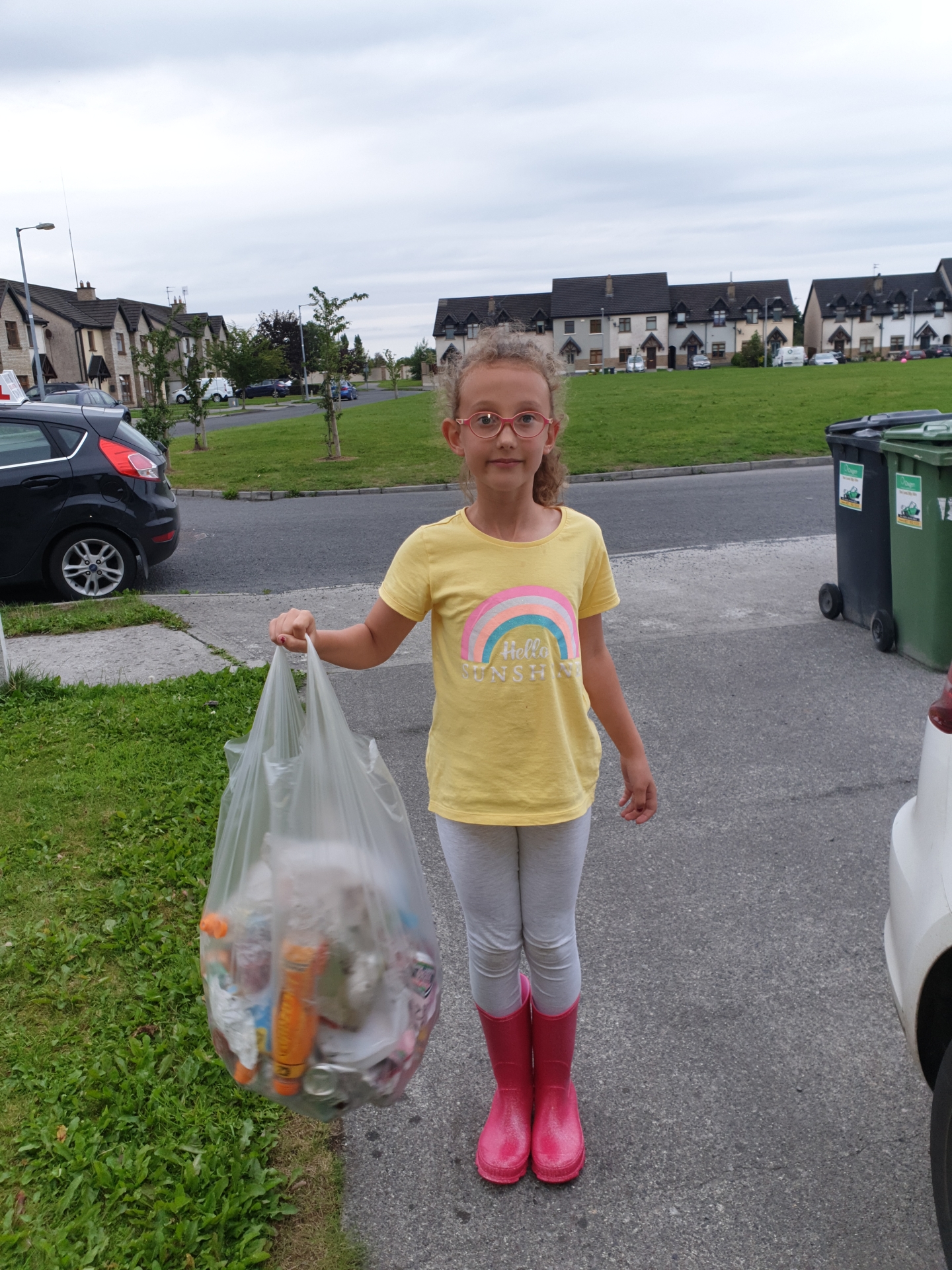 She explained where Ariella's interest came from.

"Ariella is a keen environmental activist since learning all about our planet and the importance of doing your part. Her school are always promoting care for the environment as are we at home. It just goes to show the impact of environmental awareness on the children," she said.

"It was a lovely gesture and I hope it encourages other people to do the same. I hope it makes people stop and think that it is our children picking up their litter, it's not fair to willy nilly throw it around. A street looks lovely when it is litter free," she said.

"Anyone who wants to follow Ariella's good example, young or old, is welcome to contact Barbara for bags, litter pickers and gloves, and the group can arrange to collect the filled bags also. Call her on 086 6629446.

1,000 children to cycle through Portlaoise for Bike Week

Laois community ready to shave or dye for toddler Cathail