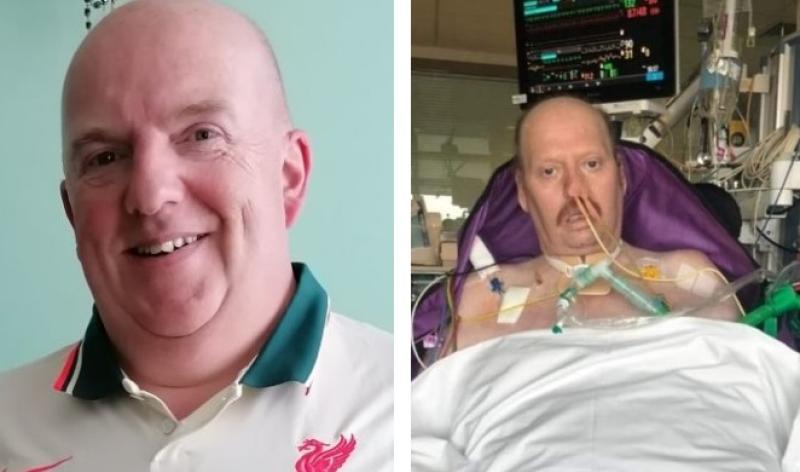 A Portlaoise hospital nurse is almost midway through his personal challenge to walk 100 miles (161km).

Gerard Hosey from Carlow is walking to raise money and say thanks to the in the Mater hospital team who saved the life of his patient Gerard ‘Jack’ McHugh.

The nurse told the Leinster Express about the depth of emotion that working to save lives of Covid patients has brought for him and his medical colleagues.

“The first three or four months of the pandemic were so depressing and sad in the world, relatives were not seeing their dying loved ones, and Portlaoise intensive care was not any different. For myself and the staff there we had three or four deaths of people under 60 years. This patient is a success story,” Gerard Hosey said.

With his patient’s permission, the nurse revealed the emotional and frightening ordeal that Jack went through from the virus.

“Gerard was horrendously sick from Covid-19. He was one foot from the grave. He made a video call to his wife before he was put in an induced coma on a life support machine. He was leaning over a table, rubbing his wife’s face on the screen with his finger because he couldn’t talk to her, with an oxygen mask on. He was crying behind his mask and I was crying behind my goggles under my full PPE helping him. It was totally emotional,” he said.

Read our interview with Patricia McHugh below story.

Below: Gerard McHugh before and during his Covid illness. 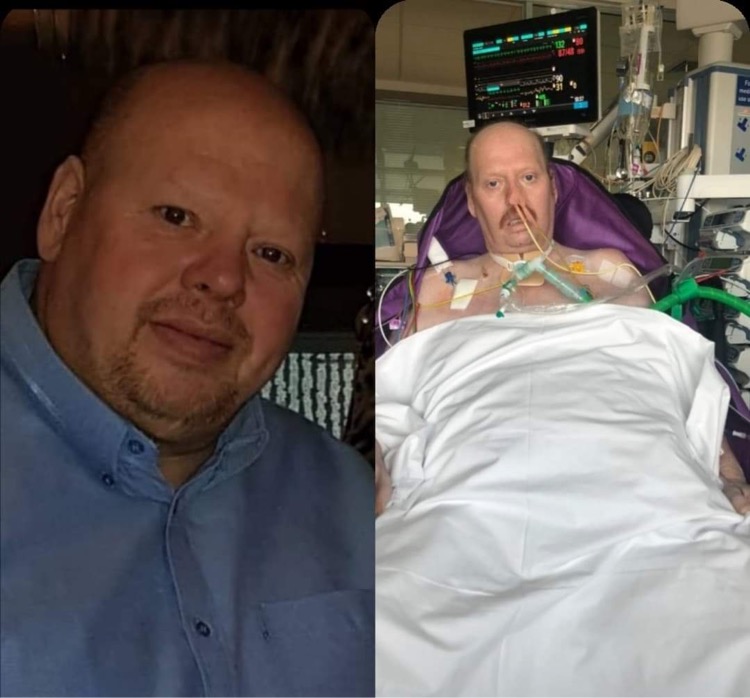 What brought even more emotion to Gerard was their similarities, their name, their age and the fact they both have a wife and two children, it formed a bond between them.

“I’ve got so emotionally involved. We lost three of our patients who were very young when they died. At the end of the day, we were those patient’s families,” Gerard said.

Since that day on April 10, it has been an incredibly long fight by teams of staff to save Jack’s life and help on the long road to recovery.

“He is in hospital 128 days today, between both hospitals. He didn’t come off the ventilation until mid June. I was speaking to him three weeks ago. I was so happy that he took his first eight steps, as he learns to walk again.”

Jack is still on oxygen. Before he got Covid-19, he was a generally healthy man but with some small health issues.

“I just wanted to do something for the unit that saved my patient, to give something back to those people who have worked tirelessly. The money I raise online including cash donations will to to the Mater and to the ECMO unit, the staff there can decide what to do best with it.

“I’d like to thank everyone who has donated to the Gofundme and to say they can still donate.

“I’m not a fit person. I don’t go to the gym and I’ve never played sports, I’ve a Covid belly. The furthest I would have walked is 3km every second or third day.  I’m walking around Carlow and down the Barrow track.My feet are actually fine,” he said.

He has the support of staff and management in Midlands Regional Hospital Portlaoise, where there are posters up encouraging people to support Gerard’s 100 mile trek.

“The physiotherapy department offered their services to me, and the managers are in support of my effort so thanks to everybody,” he said.

“I just want to show some of the non believers out there that this disease is serious. It took patients’ lives in our town in Portlaoise, people under the age of 60 whose relatives did not see them before they died.

“This patient is our success, the staff in the ICU. We pushed and we got him to the Mater and now he’s alive. Now he has to learn to walk again. People don’t realise the actual seriousness of it,” nurse Gerard Hosey said. 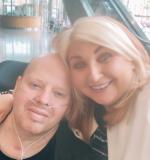 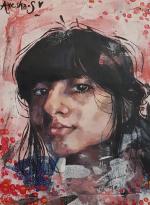 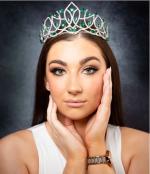