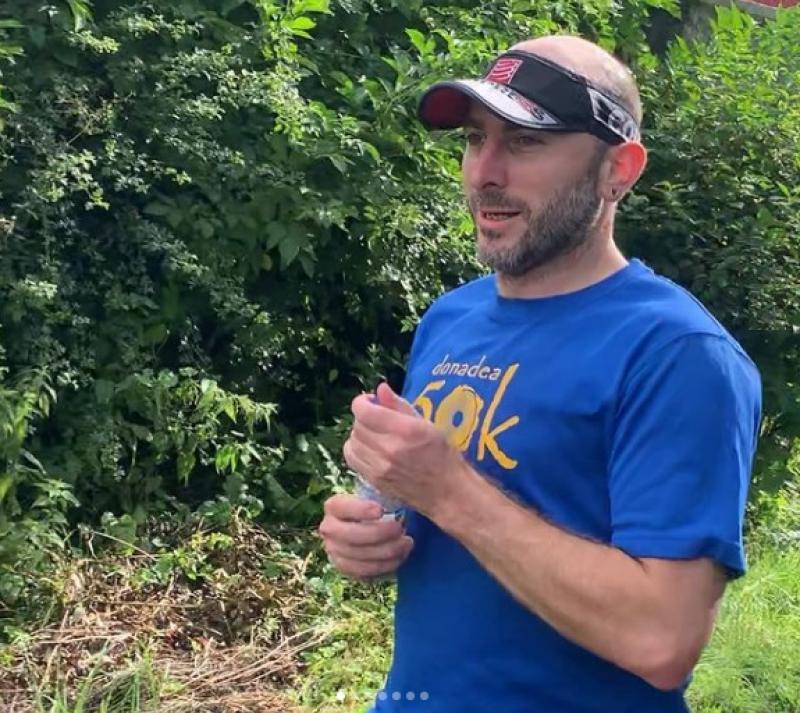 A Laois man is attempting to cover 450km on foot in the month of August, to mark every life lost to suicide in a year in Ireland.

Wesley Reilly from Portarlington is raising money for Jigsaw, an Irish charity that provides free professional mental health counselling to young people aged 12 to 25, both online and in person.

He is surprised at how few people knew of the important service given by Jigsaw, who have a centre as near as Tullamore.

"I had never heard of them before myself and people around me hadn't either. They have 15 drop in centres around the country and they are available online. If you can help someone before it gets to the point that they are suicidal that is vital so I felt it was the group to go with. So I am asking people to share my posts as much as I am asking them to donate. It might be one son or daughter who gets help because of this so please share," he said.

Wesley like many other people has lost friends to suicide.

"My friend passed away last year that I worked with and I saw every day, and a week or so later a local young lad died too. I was in Covid isolation in March for 10 days, and while I have a savage network of friends from the Trilogy club, the running club and the football but I still found it lonely without one to one contact. I said I'd do something.

"I said I would do a km per person who died and I thought it might be maybe 250km in the month, a nice bit up from the 160km a month I normally run. When I delved into the figures it blew me away. In 2019 there were 421 suicides, 75% of them male. There are no figures from 2020 but I'm sure it was harder than other years because of Covid. So I set myself the 450km target," Wesley said.

He can be seen on the roads in Portarlington, Portlaoise, Newbridge, Carlow and east Clare over the month and welcomes running buddies along the way.

"I went in big at the start, with the excitement of running with a purpose again, covering 15 to 20km a day and 50 and 60km at the weekends. My calf is niggling now but I have a buffer built up so I can take it a bit easier."

He is getting in the runs around his shifts in his job at Proctor & Gamble in Newbridge, and he thanks his fiancéé Yvonne Kelly for her unending support.

Wesley is posting regular updates on his dedicated Instagram page, and is giving away two big hampers at the end of the month. See his video below.

So far he has received €1,570 in public donations towards his good cause, and has clocked up 278km.

Wesley has an amazing record of charity fundraising already, catching the bug after running his first 10km race back in 2008 with friend Shane Broderick for the Make a Wish Foundation.

He ran two marathons in 2010, and now has run 38 marathons since. In 2012 he did two half Ironmans in a week. Then in 2013 he completed 900km of triathlon distances. He is one of the three founding organisers of the annual Gingerbread Run in Portarlington. Charities benefiting from his efforts include Barnados, Laois Offaly Families for Autism, the Irish Cancer Society and Irish Autism Action and the LARCC Cancer Support centre. 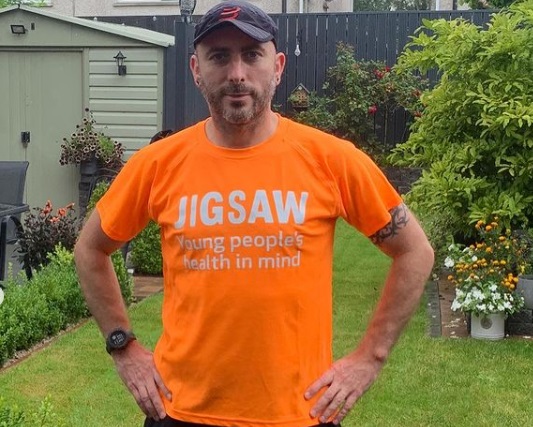 PHOTOS: Charming Laois cottage to be sold at auction guiding €138,000