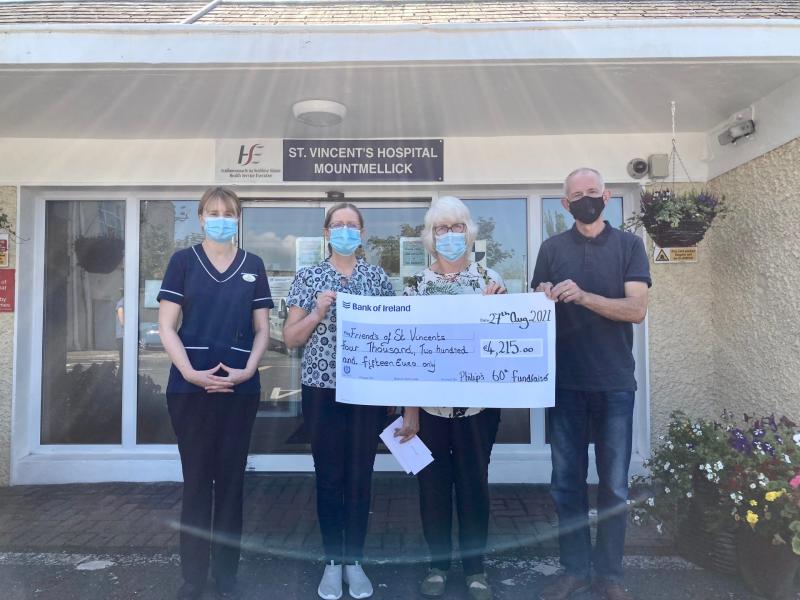 A Laois van driver who asked for donations to his local community hospital instead of gifts for a big birthday, has presented the proceeds.

Philip Stewart from The Rock, Mountmellick turned 60 recently and wanted to do something special for St Vincent's Community Nursing Unit in Mountmellick, which had cared for his grandmother and then both his parents in their final days.

"I am delighted with the response. I am glad now that I can look back on my 60th and know I did something positive with it. This donation is not just in my name, it is in the name of my family and the whole community.

"Everybody who rang me to donate had somebody who was cared for here," Philip said.

He has thanked his family; wife Janet, son Darren and daughters Leanne and Claire who helped to make his birthday and fundraiser such a success, with friends calling out to donate over a weekend in small groups to ensure Covid compliance.

"We really appreciate it and we will put it to great work. It is a credit to Philip and to how people feel about him that people responded so generously to his call," she said.

On his fundraiser page, now closed, Philip had described the benefit that St Vincent's brings.

"Without this wonderful gem in our community, which I sometimes feel we take for granted, I do not know what we as a family would have done, and many families like ours. In recent years, they opened a new unit, especially for the care of patients with dementia. Support from the community for this unit is always welcome, be it financial or otherwise," Philip had said.

Below: Philip with his daughters Claire and Leanne and wife Janet at the cheque presentation (son Darren absent from pic). 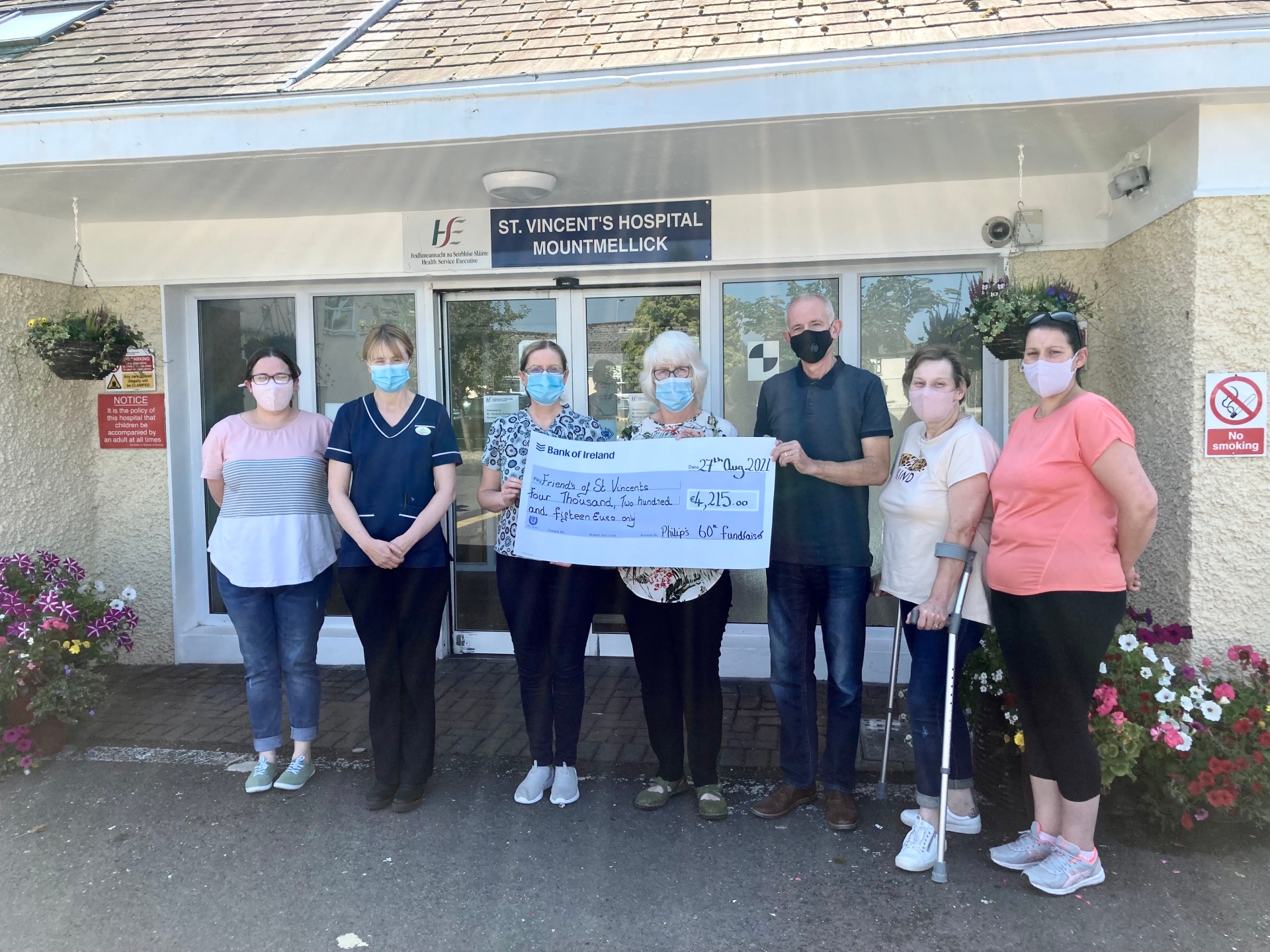 Laois outdoor pool 'back bigger and stronger' next summer