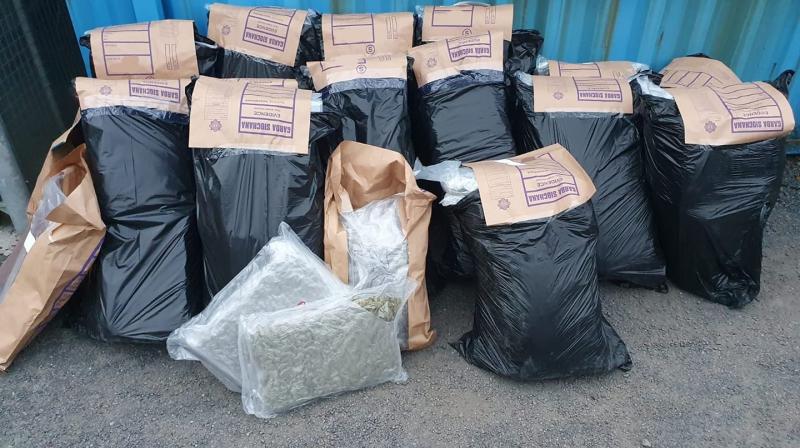 The determined persistence of a garda detective stationed in Portlaoise has played a key role in the seizure of more than €2.1 million worth of cannabis herb in Laois.

The garda went to the scene of the discovery at a location parallel to the M7 motorway near the former Montague hotel. Gardaí had received an alert about the suspicious nature of a delivery of a large amount of fresh vegetables to a premises which was not refrigerated and in an unusual location.

On arrival at the scene the Garda set about investigating the contents of several pallets of vegetables. During the search the drugs were found carefully concealed in boxes of courgettes and peppers.

The man subsequently detained had been living in Dublin but was of European origin. He continues to be questioned at Portlaoise garda station.

There is also understood to be a European element to the drug smuggling operation but gardaí are at the very early stages of the what looks set to be a complex investigation likely to have an international policing involvement.

The premises had been rented out to by a local property under who gardaí believe was not involved or had no knowledge of what the storage facility was being used for. There does not appear to have been any involvement either by those delivering the vegetables.