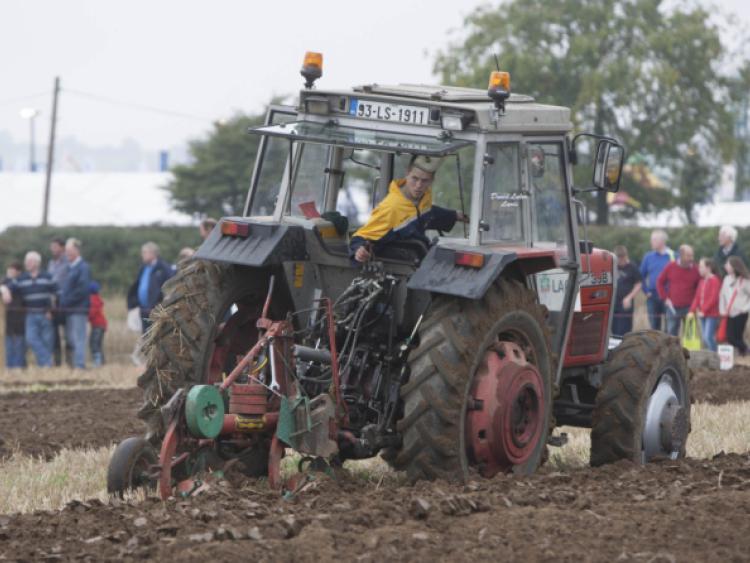 Anyone associated with the running of the National Ploughing Championships in Ratheniska should hold their heads high this week at a job well done.

Anyone associated with the running of the National Ploughing Championships in Ratheniska should hold their heads high this week at a job well done.

The spectacular success of the event is testament not just to the professionalism of those paid to help out but is a tribute to all who volunteered, even in the smallest of ways, to make sure this event marked Laois out as one of the most hospitable and organised counties in Ireland.

From the day the National Ploughing Association confirmed that Ratheniska would host the event it was clear that no stone would be left unturned to ensure a success.

At the launch last year at the Heritage Hotel in Killenard it was evident that a lot of work had already been done on the event.

Even the prayers of Har Ramsbottom were answered that day when he said he would pray for a dry year and good weather in September. They’ll be calling him St Har next. But while the odd prayer never goes astray, the truth of the matter is that it is hard work and organisation that made the big event such a success.

What gives even more reason for local people to be proud is that the success of ‘the ploughing’ as its now known, was due to Laois people working together.

Laois Gardaí and Laois County Council deserve huge credit for not just their ambition in taking on such a massive event but also for their organisation of the event.

Laois farmers, ploughers and the community of Ratheniska cannot be thanked enough for their hard work and hospitality.

The same should be said of all people all around Laois who made sure visitors to the county enjoyed their stay and also put up with some inconveniences.

The McHugh family cannot be praised enough for their contribution to Laois. Without them there would be no championships. They, and all at the NPA, have created a celebration of rural Ireland in rural Ireland.

Irish farming is indebted to them for doing this but Laois owes them a huge debt for bringing more than 200,000 people to the county this year.

The decision to bring the event home again in 2014 may have been logical but represents another vote of confidence in Laois.

Irish people often underestimate themselves but we should look to the ploughing championships as proof of our abilities. If the Germans or Americans held such a huge event it would be put down to ‘organisation’ or ‘a can do’ spirit.

The ploughing championships proves that the Irish have both of these qualities in abundance.

In a recession when emigration is again a scourge, it is time to use events such as the ploughing championships to prove to the world that Ireland is not a basket case but an efficient country and a good place to invest.