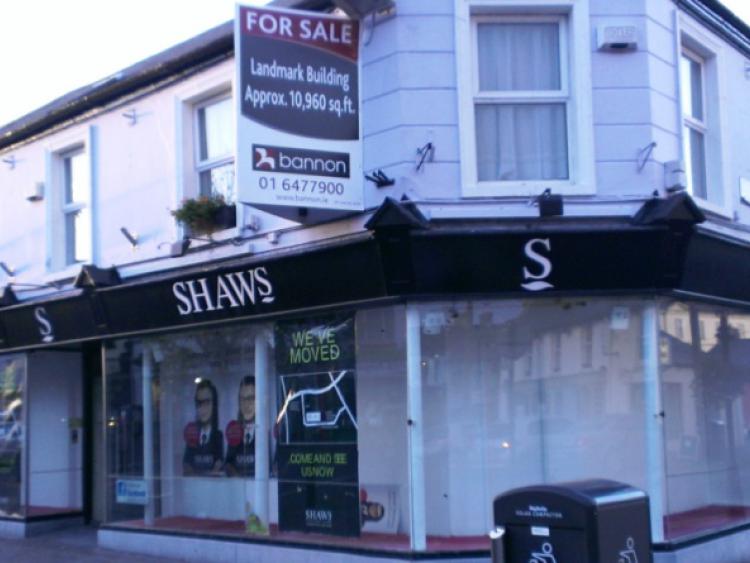 There is no question but that Portlaoise’s town centre has been ravaged by the recession.

There is no question but that Portlaoise’s town centre has been ravaged by the recession.

The empty shops speak for themselves and just last week another retailer closed down after 14 years in business. It is almost as if the town has turned its back on the main thoroughfare.

Against this backdrop Laois County Council has decided to step in with an investment of in excess of €2 million. The ambitious plan to locate a public library in Shaws shop on Main St, where the only other public building is the courthouse, is to be welcomed.

Not alone is it the first sign that Main St matters to the powers that be, but it is also something that will benefit generations of Portlaoise people.

It is an extension of the policy implemented by the local authority around the county. Mountmellick, Abbeyleix and Stradbally have all benefited from new libraries in recent times - investments that revealed the shortcomings of Portlaoise’s existing library.

The project is being promoted as a big commitment to inject new life into Main St. While a step in the right direction, it is clear that the challenge to restore the town centre to a busy street will be big.

The library needs to part of a plan that must involve traders and the public if the street is to be rejuvenated,

Apart from the recession the street has been damaged mostly by the development of shopping centres and other retail developments. It has proved almost impossible to persuade enough shoppers to cross James Fintan Lalor Avenue. Pubs are now the main businesses on the street.

The council must also plan for the future without any schools in the town centre. There is a small window remaining for the authorities to come up with a plan for the street before the last of the primary schools move out.

While there is an oversupply of housing in Laois at present, the county town will grow. Concrete incentives to build in the town centre could play a big part putting life back into the town. The proximity of the Main St area to the train station could be an attraction. The Esker Hills estate proves this.

Drawing up a plan should not just be a office process that only involves council officials and business. The public can play a huge part. All too often plans for the public are drawn up without asking ‘ordinary people’ what they think.

Public meetings and other types of consultation on Main St may throw up some concrete alternative ideas on how to regenerate the street.

The local authority could also work with the private sector to organise street festivals, markets, concerts and other public events. Fitzmaurice Place is almost never used but could be an ideal outdoor venue.

The fly in the ointment is money, but success yields many dividends.