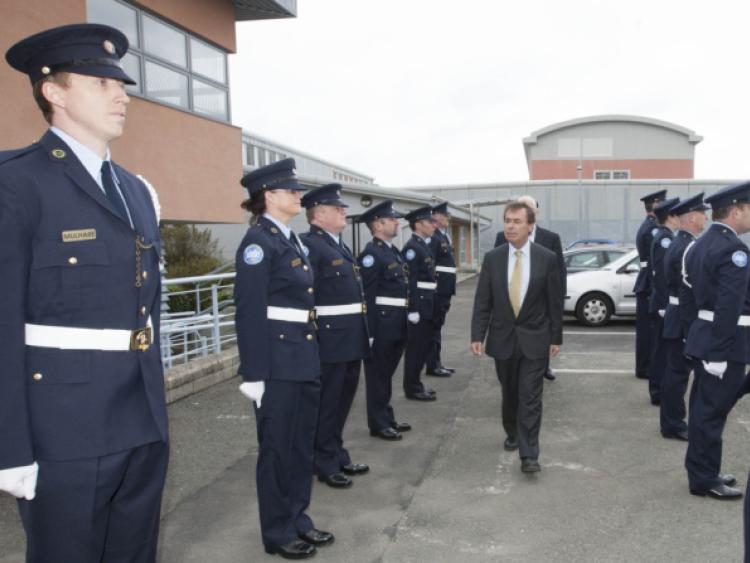 The Government has been woefully short on the basic requirement or competence in recent times.

The Government has been woefully short on the basic requirement or competence in recent times.

Perhaps if Ministers did not traverse the globe on St Patrick’s Day junkets, with little return for the country in many cases, and spent more time at home on the job for which they are well paid, we might not have such confusion and incompetence.

Was it necessary, for instance, for Mr Shatter to spend most of a week in Mexico on a trip that is meant to mark one day, our national feast day?

Mr Shatter will survive this week’s motion of no confidence, moved by Fianna Fail. Government ranks will close, as they do when a Minister is the subject of an Opposition confidence motion.

But the matter will not necessarily end there.

Reports commissioned on the alleged bugging of the Garda Siochana Ombudsman Office, and allegations relating to the conduct of matters within the force, are due in the fullness of time.

Nothing must come out of the woodwork to embroil Mr Shatter in further controversy, or raise questions about his version of events, if the Minister is to survive.

Nobody doubts that Mr Shatter is a hardworking and policy-driven Minister. But the issue surrounding his suitability for office has moved matters way beyond that.

There can be no more banana skins on his ministerial path. And if there are, he will have to go.

Mr Kenny, it seems, acted very promptly last weekend when he was told the sensational news by the Attorney General, Maire Whelan, that phone calls in and out of Garda stations had been routinely recorded since the late 1980s.

He received the information at a 6p.m. on Sunday at a meeting with Ms Whelan in Government Buildings. He told the Tanaiste, Eamon Gilmore, about it before Tuesday morning’s Cabinet meeting.

On Monday evening, Mr Kenny sent the Secretary General of the Department of Justice to see Mr Callinan at his home.

There was no waiting until Mr Callinan was in his office on Tuesday morning.

Mr Callinan thought about matters overnight and decided to retire on Tuesday morning.

Mr Kenny has been emphatic that retirement was the former Commissioner’s own decision. But a visit by a senior civil servant to Mr Callinan’s home on Monday, at the Taoiseach’s request, surely says it all. Mr Callinan, people will inevitably conclude, felt he had no option but to go.

Sources close to Mr Callinan say that he was advised by Department of Justice officials not to clarify his unfortunate word, disgusting, when referring to the whistleblowers. The Department denies that.

One thing is sure: Mr Callinan should never have used that regrettable word and he should have withdrawn it at first opportunity.

Also, Mr Shatter should have apologised to the whistleblowers, Sergeant Maurice McCabe and former Garda John Wilson, long before political circumstances forced him to do so last week.

The Minister’s unequivocal apology, as he was flanked by the Taoiseach and Minister for Finance Michael Noonan, was designed to save his political neck.

The absence of a full apology would have spooked the Labour party in particular, offended the public and led to the Minister’s exit from the Cabinet.

Questions still remain. Was it necessary to send a senior civil servant to see Mr Callinan at his home, given the Taoiseach’s failure to publicly call on the former Commissioner to withdraw the word disgusting in recent weeks?

How, in the name of goodness, was nothing done immediately about the explosive letter sent by Mr Callinan to the Department of Justice on March 10th referring to the problem of recording at Garda stations?

Why did it take several days before the letter was brought to the Minister’s attention, given its seriousness?

The Government’s decision to establish a Garda authority, to oversee the force, has been lost in the unfolding of this sorry debacle. Labour can take credit for that.

The authority should have been established a long time ago, rather than GSOC with its hopelessly limited powers.

This week’s confidence motion will not end matters for the Coalition and its promise of a “democratic revolution when it came to power.

It must realise, for a start, that this is no way to run the country.