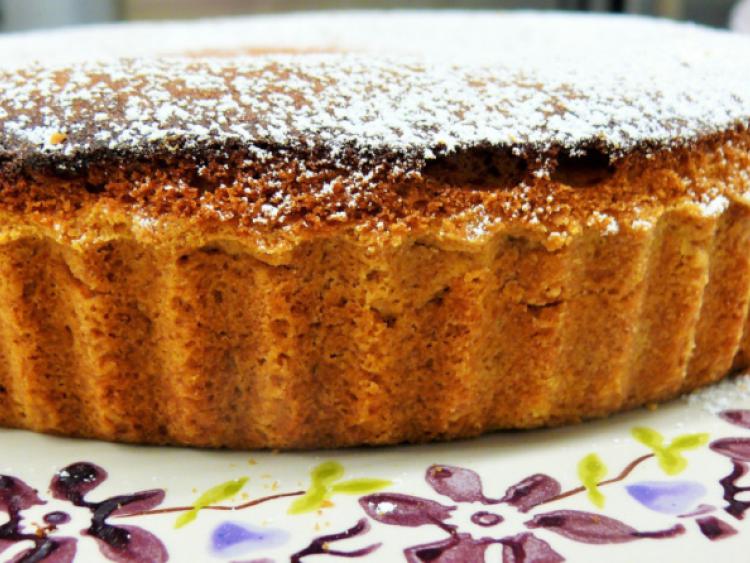 Chicken pieces on the bone are such good value and versatile, I regularly use them with this dish. Remember to ensure that they are nice and fresh.

Chicken pieces on the bone are such good value and versatile, I regularly use them with this dish. Remember to ensure that they are nice and fresh.

This chicken dish can be made the day before, reheated and served with creamy mashed potato or rice.

I chose apple sponge this week because I was asked by a customer for a nice recipe for this dessert. This one has a lovely biscuit base, apple & cinnamon centre and a delicious Madeira sponge on top. You need to cook it slowly for approximately one hour so that the sponge is nice and golden and the pastry is nice and crisp. This cake is delicious served at tea time and always goes down a treat.

Preheat the oven 170⁰. Grease a 9” round loose bottom flan tin. Put the apples and castor sugar into a saucepan with a little water, cover and simmer for 10 minutes, mix in the cinnamon and leave to cool.

Pastry: mix the flour and sugar together and rub in the margarine until it resembles fine breadcrumbs, then add in the egg and water until you have a soft dough, lightly knead on a floured surface then roll out and line the flan tin. Place in the fridge.

Sponge: beat the sugar and margarine together until light and fluffy, add the egg a little at a time along with the vanilla extract then fold in the flour.

Remove the base from the fridge, pour in the apples and spoon the sponge mixture. Bake for 1 hour until the sponge is golden and springy to touch. During baking be sure to turn the dish regularly to ensure even cooking. I like to let this dish cool completely so that when I cut it I can clearly see the layers, firstly the sponge, then the cinnamon apples and the pastry. Delicious served with a spoonful of fresh cream, custard or some vanilla ice cream.

3lb chicken pieces on the bone

1 tbsp paprika plus extra for sprinkling

Preheat the oven to 180⁰. Heat a little oil in a pan and fry the chicken until golden brown, transfer to a casserole dish. Fry the onions until soft, then add the flour, paprika and cayenne pepper, stir into a paste, add the chopped tomatoes and the stock, season with salt and pepper. Bring to a simmer, then pour over the chicken and add in the peppers and mushrooms.

Cover and bake for 50 minutes until the chicken and vegetables are tender and cooked. Just before serving spoon on the yogurt and sprinkle with paprika.